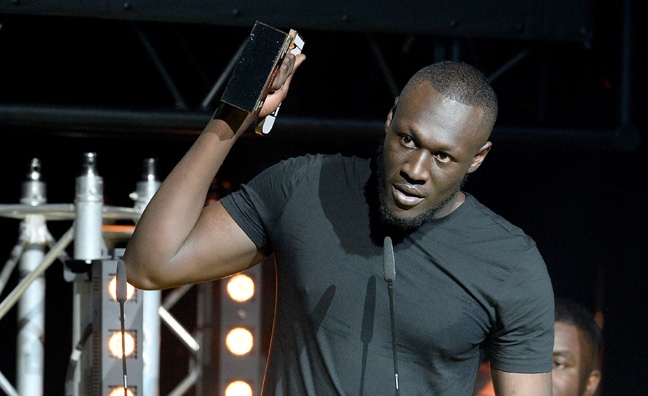 Stormzy was one of the big winners at last night’s KA & GRM Awards and celebrated with a surprise live performance.

The grime star picked up the awards for Artist of the Year and Best Video at the event, which took place at the Roundhouse in London’s Camden.

He then took to the stage for a special performance of all his smash-hits, including his Top Ten single Big for Your Boots.

And he posted on his Twitter page: “Was an honour to perform at this year's Rated Awards, was a sick night. Best Video & Artist of the Year, love to everyone that voted.”

Was an honour to perform at this Year's #RatedAwards was a sick night. Best Video & Artist of the Year, love to everyone that voted ?????? pic.twitter.com/t75gZs7Vpj

Rapper J Hus was also a big winner after he was awarded Best Album for Common Sense – which was awarded to him by Tim Westwood and  Maya Jama - and Best Track for Did You See, while fellow Londoner Lethal Bizzle was given The Legacy Award.

Other winners included Steel Banglez, who won Producer of the Year, comedian and actor Michael Dapaah won Personality of the Year and the Best DJ award went to Charlie Sloth.

The KA & GRM Daily Rated Awards are now in their third year are voted for by fans with the exception of two industry-determined categories, Artist of the Year and Best Video Producer.

Artist of the Year - Stormzy

Producer of the Year - Steel Banglez

Personality of the Year - Michael Dapaah