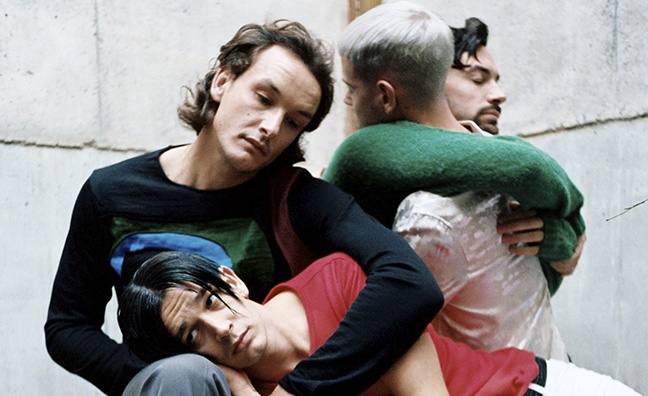 The 1975, Little Mix and Miley Cyrus are among the artists set to play BBC Radio 1’s Big Weekend 2019, which will take place in Middlesbrough.

Breakfast Show presenter Greg James announced the news on air today (February 27) and said he “can’t wait to take some of the best acts on the planet to Middlesbrough.”

James added: “The listeners are the most important thing about Radio 1 and we think they’re brilliant. Without them, we’d just be a collection of weirdos talking to ourselves in a room so we like to say thanks by pulling in some of the world’s biggest artists to do an enormous music festival for them.

Zara Larsson, Khalid and Mabel are also on the bill for the show, which continues Biggest Weekend tradition of taking leading artists to locations where they rarely play.

Miley Cyrus said: “Hope you’re ready to party cause I’m bringing my fans their favourite songs and possibly some new ones! See ya in the summer!”

The 1975 said: “We’re delighted to come to the North East. Radio 1 has been a massive part of our story over the years and this will be our fourth time playing Big Weekend. It’s great to be coming back, this time as headliners.”

Little Mix added: “We are so excited to play Radio 1’s Big Weekend and performing for our beautiful fans. Middlesbrough we are coming for you!”

Zara Larsson said: “So excited to play Radio 1’s Big Weekend! It’s one of our first UK shows in a while and I can’t wait to play my new songs for you all! The line-up looks sick too! See you in Middlesbrough!”

Middlesbrough we are coming for you

Mabel said:  “I’m so excited to be performing at Radio 1’s Big Weekend again this year. The line-up is always sick so to be a part of it is really amazing!”

Khalid said: “Can’t wait to see you all at Radio 1’s Big Weekend. So excited to play new music for all you guys – hope you’re all ready for this new era.”

Ben Cooper, controller, BBC Radio 1 said: “Mix together the BBC, the biggest artists in the world and the listeners of Middlesbrough and you’re going to have an amazing Radio 1’s Big Weekend - I can’t wait.”

Dave Budd, mayor of Middlesbrough commented: “The announcement that the 2019 Radio 1 Big Weekend is coming to Stewart Park is a major coup for Middlesbrough - this really promises to be a Brilliantly Boro Big Weekend and we look forward to welcoming the world to Middlesbrough.”

In 2018, Ed Sheeran, Taylor Swift and Florenece + The Machine were among the performers at Big Weekend, which took place at Singleton Park in Swansea.

The full line-up and ticket information for this year’s show will be released via Radio 1 in the near future.