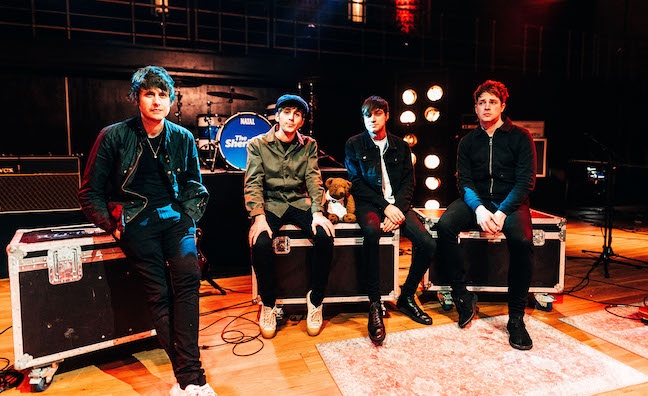 The Sherlocks will play 15 shows at UK grassroots venues this autumn as part of their Keep Our Independent Venues Alive tour.

“We’re delighted to have The Sherlocks doing a IVW Tour in October ahead of IVW 2022", said Charlie Rickard, IVW's director of production. "It is imperative not only for the venues but the local the community that have been so desperate to feel that energy and buzz that only rooms of a certain size can create. It’s wonderful to see the band going back to their roots."

Without these venues, the next generation of bands can't survive

Each show’s support acts will also come from local independent talent, and the band will be watching out for new music recommendations from their fans on social media.

“A huge part of this industry relies on live gigs, and it’s not just the bands who are suffering as a result," added Sherlocks singer Kiaran Crook. "It’s the venues, the staff, the guitar/drum techs, the sound engineers, the roadies, the whole package! We hope this tour can help support these grassroot spaces which in turn helps those connected and gives upcoming bands the platform to grow.

“The message is simple. Without these venues, the next generation of bands can’t survive. Let’s take this tour to send a thank you to all the amazing places that have helped build some of the world’s most successful and inspiring bands!’’

Tickets for the tour will go live this Friday, June 18 at 9am.