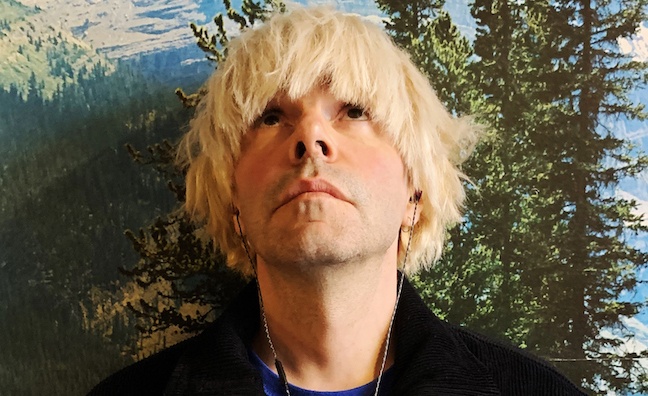 Tim Burgess has teamed up with Flare Audio to launch a set of custom earphones for his Twitter Listening Parties. The project will help raise money for UK grassroots music venues.

The announcement coincides with Burgess’ appointment as patron of Music Venue Trust (MVT), which has helped raised millions for UK grassroots music venues struggling during the pandemic. The Charlatans frontman and Flare have announced that £5 from every set of the earphones sold via Flare’s website will be donated to the Music Venue Trust.

Tim Burgess’ Twitter Listening Parties have emerged as one of lockdown’s most meaningful shared experiences for music fans. Hosted on Twitter, Burgess invites fans to listen to a fellow artist’s album, as band members and close associates – alongside Burgess and the listeners – tweet about its personal and cultural significance.

Flare Audio and Burgess have worked on the design and manufacture of the unique special edition earphones, anodised in bespoke purple aluminium and branded with a mini enamel Tim Burgess on the cable. Fifty random orders in the first week will come with a signed card from Burgess and a further 100 orders will receive bonus items, such as Listening Party badges or Flare accessories.

Tim Burgess said: “A while back I was sent some amazing earphones by the lovely people at Flare – they were big fans of the listening parties and we got talking. The talk turned into a plan and the plan became an amazing set of listening party earphones that Flare will now be making, and together we’ll be raising money for Music Venue Trust.”

Flare co-founder and COO, Naomi Roberts, said: “We love what Tim has been doing with the Listening Party and after some interesting talks we knew we could do something really great together. We wanted the Listening Party earphone, named TLP1, to be unique to Tim while still having the Flare tech and finish. The earphones themselves give incredible audio clarity and detail that provides high end sound quality without the price tag, and our unique distortion reducing tech helps you to listen better for longer.”

Roberts added: “Flare started life as a loudspeaker manufacturer and PA hire company, and spent a lot of time in independent music venues. We feel now is our time to give something back and are pleased to be supporting MVT.”

Beverley Whitrick, strategic director for Music Venue Trust, said: “Tim has been acting as a champion for grassroots music venues across the UK for a long time now and has actively supported our #SaveOurVenues campaign. Formalising his status as a patron of MVT is a way for us to thank him for his considerable efforts and talk publicly about the projects Tim is working on to support venues. The first of which is the development of these great earphones with Flare Audio, with whom we have a longstanding relationship.”

The TLP1 earphones, which have a range of features including distortion-reducing/clarity-enhancing technology, cost £39.99. They are available to order from Flare from March 26.

Click here to read our report booming vinyl sales in 2021.