'Today is a revolution': Kobalt's Willard Ahdritz leads the charge as The Great Escape begins 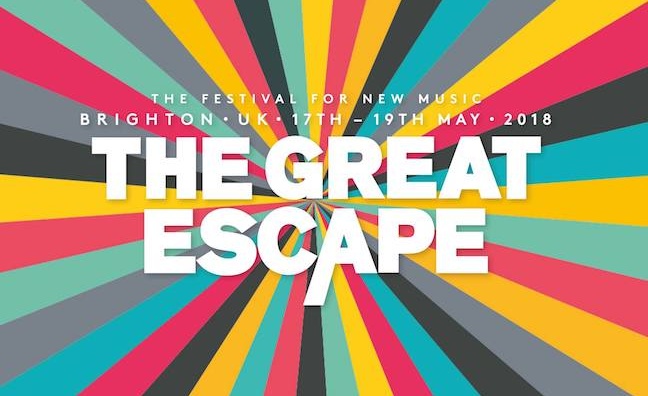 Thursday (May 17) at The Great Escape began without the customary first day downpour. The music business was still digesting the big news from YouTube, but the delegates queuing for passes cared only for one thing – sitting in the sunshine.

Which made descending into the depths of Komedia for the first band of the day all the more disconcerting. Didirri, from Australia, soon conjured intensity with his acoustic guitar, firing off a volley of emotion that quickly hushed the crowd’s excited chatter.

Afterwards, downstairs, Haiku Hands – much talked about and managed by the same company as Tame Impala, according to the whispers – offered something of a wake up call.

“Nobody gives a fuck what you look like,” the trio sang, dancing in unison. Having smashed any lingering inhibitions to smithereens, they came on like the coolest pool-aerobics workout on an all-inclusive holiday you’ve ever had. Their songs functioned as giant choruses, with audience participation constantly encouraged.

They did their best to get the crowd squatting, before imploring us to punch the air. Delegates aren’t usually so inclined to move at The Great Escape on a Thursday afternoon.

Willard Ahdritz goes deep on what @AWALdotcom can offer: "It's always painful to see someone entering 'the hunger games' of the old recording industry, 20 go in and only one leaves alive. It's sad." @thegreatescape #tge18 @kobalt pic.twitter.com/IBRBazCnvq

Positivity was the overriding theme when Kobalt boss Willard Ahdritz talks for the best part of an hour about how the music business is in the most positive position we’ve seen for years.

He unsurprisingly exuded passion about AWAL, and went as far as to say, “It's always painful to see some entering the hunger games of the old recording industry, 20 go in and only one leaves alive. It's sad.”

Ahdritz is still kicking against traditional industry structures, but when he said, “People are getting eight times more recording royalties with us,” and “Artists get two times more money from recording than touring with Kobalt, that's a significant gamechanger,” the full extent of his belief in his company’s model became clear.

“My personal experience is that signing to a label is the kiss of death,” he added. “That is a fundamental difference. I'm extremely excited about what is happening on a global scale.”

Here, the real crux of Ahdritz’s point was apparent: optimism. He believes artists and their teams have more options than ever in 2018, and even went as far as to usher in a new era.

“We are going into the most exciting era of the industry ever. 10 years ago it was a vision, today it is a revolution in full swing.”

Of course, his comments went down well, and the audience emerged back into the evening sunlight feeling markedly positive.

That theme ran through the evening’s gigs, which range from the new, guitar-led stylings of Sorry and Whenyoung – who drew an exuberant crowd to The Haunt – to the more morose, immersive Yellow Days and the early hours ear-battering delivered by Black Midi.

With so much music on show and this much positivity in the air, the first day of The Great Escape 2018 ended in customary style.

Click here to read co-founder Martin Elbourne's Music Week interview on the magic of the Brighton festival, here for 10 unmissable acts at The Great Escape and here for Fraser T Smith - who appears at 10.30am today (Friday, May 18) as part of Music Week’s line-up in Brighton - talking publishing plans for his roster of writing talent.