U2 announce UK and European tour 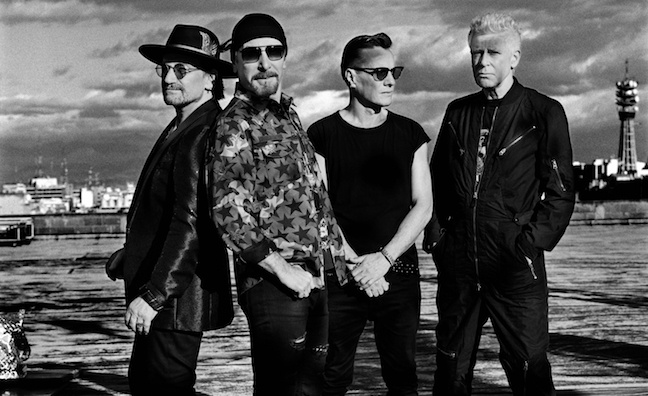 Live Nation and U2 have revealed dates for the UK and European leg of their Experience + Innocence tour.

Having released their 14th studio album Songs Of Experience in December 2017, the tour will be the first time the new songs are played within a full set across the UK and Europe. U2 gave fans a glimpse of the latest material during their Joshua Tree stadium run last year.

Songs Of Experience peaked at No.5 in the UK. It’s enjoyed a stronger performance in international markets, as well as making U2 the first band to achieve a dozen No.1 albums in their home country of Ireland.

The tour will be the first of their UK shows for 2018 since the band played London’s Trafalgar Square last year, celebrating receiving the Global Icon award at the 2017 MTV EMAs.