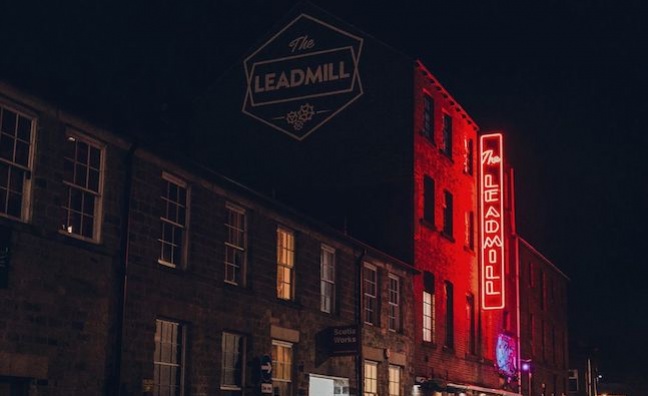 UK Music chief executive Jamie Njoku-Goodwin has called on industry leaders and council chiefs to join forces to save the award-winning Leadmill venue from closure.

The iconic Sheffield music venue, which opened in 1980, has hosted a wide range of artists, including Arctic Monkeys, Oasis, The Stone Roses, and Pulp, as well as giving many acts their first big break.

After having been served with an eviction notice stating that they must vacate the building next year, The Leadmill’s operators have said that this would have a devastating impact on both music fans and artists in both the local area and wider afield.

However, the current landlord has insisted that it will continue as a venue. Brixton-based Electric Group acquired the freehold in 2017.

The BBC reported that Dominic Madden from Electric Group has said that the site will "continue as a special music venue", although it's not clear what this means for the Leadmill as a live music institution and its current team.

Mike Weller, head of music at Electric Group, said: “There was never any question of us closing the Leadmill, despite all the social media chat. The refurb will make the room better equipped to accommodate the modern wants of live music and club nights, for audiences and performers. We want to ensure the Leadmill’s future is as exciting as its history.”

A spokesman told Music Week that, regardless of the Leadmill brand's ownership, the venue sits on Leadmill Road in Sheffield so would always be associated with that name.

Prior to Weller's comments, Njoku-Goodwin urged Sheffield City Council to work with the venue, business leaders, the Sheffield City Region Music Board, the local community and music fans.

He has called on Sheffield City Council to give The Leadmill 'asset of community value' status, to help alleviate the immediate threat of closure and as part of ensuring the venue’s continued long-term future.

Njoku-Goodwin said: “The Leadmill is an irreplaceable part of the cultural fabric of Sheffield and the whole UK music scene. It has nurtured some of our world-leading acts and been at the heart of the city’s musical life for decades. It cannot be allowed to close."

UK Music figures have shown that Sheffield and its city region generated £100 million pre-pandemic through live events, gigs and festivals. A total of 832,000 visitors come to South Yorkshire each year for gigs.

“We will be supporting the work of the Music Venue Trust, which is already fighting to save this vital national asset,” Njoku-Goodwin also commented.

“We also want local business leaders who benefit from the trade that The Leadmill brings to the city to work with the local community, music fans and the council to safeguard this jewel in the crown of our music scene.”

UK Music played a key part in helping set up the Sheffield City Region Music Board in 2018. The Board represents artists, music venues, music hubs, festival representatives, local authorities and more in South Yorkshire. It celebrates and supports music makers, fans and the industry at large, supporting talent and helping to grow the region’s economy.