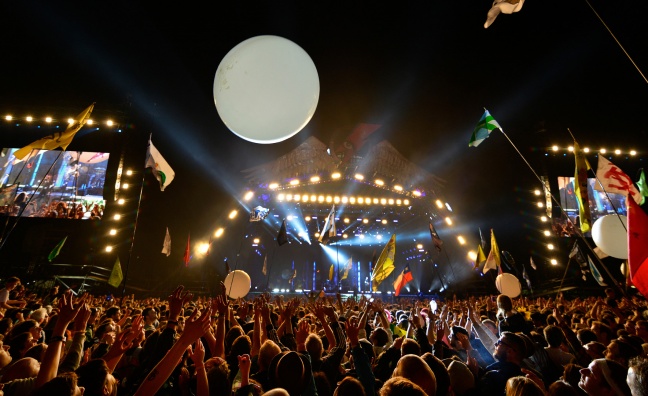 Friday night headliners Muse, along with Foals, Bring Me The Horizon and Christine & The Queens were among the diverse collection of 42 acts represented by the agency.

“We are on a roll of developing lots of talent across lots of genres,” commented UTA’s Geoff Meall, agent for Muse and X Ambassadors.

Meall also said that the wall-to-wall BBC TV coverage gives Glastonbury festival a clear advantage over other festivals in terms of breaking emerging artists, pointing to Christine & The Queens, booked by Jules de Lattre, as a prime example.

The French singer’s debut album Chaleur Humaine rocketed to No.6 in this week’s album chart (selling 11,869 copies) after she wowed on the Other Stage on Saturday.

“There is nothing comparable in terms of media coverage at a festival,” Meall told Music Week. “If you give a performance the likes of which people have never seen before, and they really react, you get an incredible spurt in record and future ticket sales.”

Muse, whose latest LP Drones has also re-entered the Top 20, up from No.179 the previous week, made their third Pyramid Stage headline appearance, having previously played 2004 and 2010.