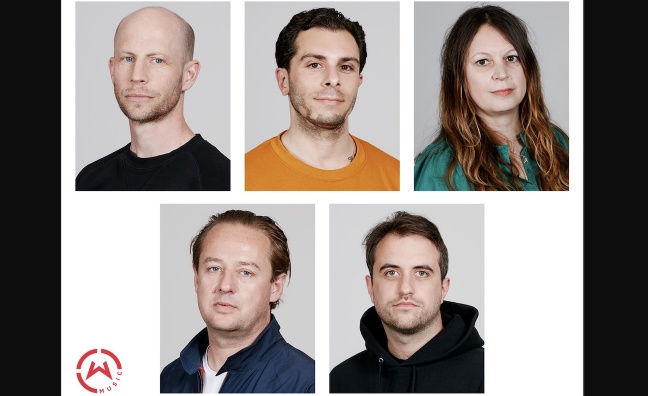 Wasserman Music has promoted longtime London-based agents Dave Blackgrove, Mike Malak and Adele Slater. Each of them will become a partner, joining the leadership team of the agency's UK office.

Wasserman Music partner Tom Schroeder said: "To move from assistant to a partner at the company says a lot about us as a company, but more about Dave as a person. An unbelievably hard-working family man, he has put so much into the job, showing real tenacity and total commitment to his artists. He has established an incredible dance music roster in a sphere that rarely backs a newcomer. We are very proud of what he has achieved, and can already feel what an important impact he is going to make on our board."

Mike Malak is the European agent for Billie Eilish, who just became the youngest headliner in Glastonbury Festival history and sold out a six-show run at The O2 in London. Malak also helped Eilish and her team organise Overheated, a climate change summit that took place at The O2, and was an executive producer for the accompanying Overheated documentary film.

Malak also created the record label and publishing company Coldpress. He began his career working in various capacities with Black Eyed Peas, then at Warner Bros Records in London and at Steve Aoki management company Seminal Music, before joining Coda 11 years ago. His client roster also includes Girl In Red, Denzel Curry, Pusha T, BoyWithUke, Joji and 070 Shake, among many others.

Wasserman Music partner and Music Week Awards winner Alex Hardee said: "Mike has had a great year, with Billie's European shows and helping her create the Overheated climate conference, as well as winning the Arthur Award. He has extraordinary instincts for A&R and artist development, and we're proud to welcome him into the leadership of our agency."

Adele Slater joined Coda six years ago, and soon signed Liam Gallagher (along with Alex Hardee). Gallagher played Knebworth this month for an audience of more than 170,000.

Slater's career began as a receptionist and assistant to Stuart Galbraith at concert promoter MCP, who staged Oasis's legendary shows at Knebworth. She later worked as an assistant to Neil Warnock at The Agency Group before returning as a promoter at Live Nation. Slater returned to The Agency Group to work with agent Russell Warby then moved with Warby to WME, where she was an agent for nine years before joining Coda. Her roster also includes Courtney Barnett, Perfume Genius, The Horrors, Gruff Rhys, Lynks, Asgeir and Wet Leg.

Wasserman Music partner James Whitting said: "Adele is agent to some of the most exciting acts around. Liam Gallagher, Wet Leg and Courtney Barnett, to name a select few, are all having fantastic years. Wet Leg's set at Glastonbury was a particular highlight, and officially the busiest that stage has ever been. Not only is Adele a great agent, she has an invaluable knowledge of the live industry that can only be gained by years of experience as both an agent and a promoter, and we welcome her input into the future management of Wasserman Music."

Dave Blackgrove said: "Nick is an unwavering force in this electronic scene. Having him join our team is a fantastic win for TeamWass! He’s also good for a midday lunch which is great for me."

Chris Smyth ran his own digital PR company early in his career, before joining Primary Talent International as an agent in 2015. He joined Paradigm's UK music team in January 2022, shortly before its acquisition by Wasserman Music in April. His primarily pop-focused roster at Wasserman Music includes B.I, IC3PEAK, Melanie C, MØ, The Rose, The Walters and Tommy Cash.

James Whitting said: "Chris brings fantastic taste and instincts to our team of agents, and we look forward to working with him on this next stage of his career."

Subscribers can click here to read our interview with Casey Wasserman.