'We'd like to take it across Europe and North America': Live Nation's Leo Green on BluesFest's international plans 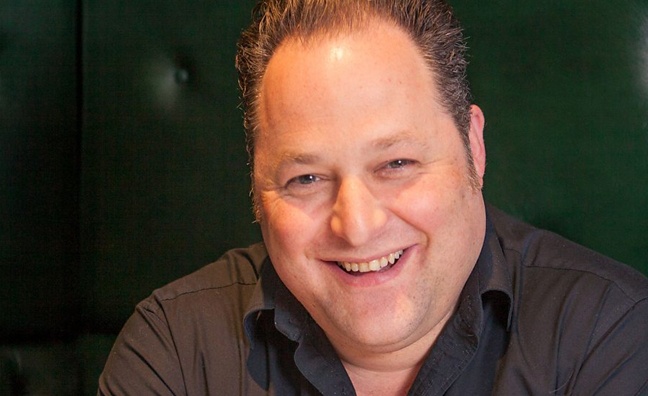 BluesFest promoter Leo Green has hinted at further international expansion plans for the event following its debut in Dublin.

The festival was founded in 2011 by Green (pictured), originally as a series of concerts at a range of small London venues including the 100 Club, Union Chapel and The Jazz Cafe. It went on to spend two years at the Royal Albert Hall before switching to The O2 in 2016. Dublin's 3Arena held BluesFest's first Irish leg last year.

This year’s festival will be held over four nights from October 25-28, with John Fogerty and Steve Miller Band both confirmed for its opening night in London.

Here, Green, Live Nation's director of live events, gives an insight into the history of BluesFest and ponders what its future may hold.

How has BluesFest evolved over the years?

"We have grown it organically. It literally started out in small venues like The 100 Club and it's grown each year. It's just been a case of building it organically and solidly, rather than just go straight in at four nights. We started off with two nights at The O2 in our first year there and now we're adding because there are loads of great acts around. It means there'll be a good variety of stuff on in terms of the genre because now, more than ever, the lines are so merged."

What is your criteria for the acts you book?

"Obviously, we're not pure blues. When we did the first year we were lucky enough to have BB King, which was fantastic. Again, we started if off as a pure blues festival and things have grown, but the reality is that I can't go and book John Lee Hooker and Muddy Waters. I'd love to, but it's just not possible. So we've become blues-influenced and soul-influenced, and I suppose it's become a roots festival in some cases. You could write a book on what blues is anyway. There are blues influences everywhere now. so, in terms of the criteria, the kind of acts that we have on are all acts that will last, and have lasted."

Why do you think the festival has taken off to the extent it has?

"A lot of the acts that we've booked in are acts that haven't been here for a while in some cases - it took me three years to eventually get Steely Dan last year - and it can take time because, although you start with a list of the acts you want to go after, you're then at the behest of their touring schedule For some people, standing in a field is great and for some people it's not. Last year we had The Dooley Brothers and Steely Dan. Sonically, those kind of acts work really well inside and people have obviously responded to that."

Why does the O2 suit the event?

"The capacity meant that we could afford bigger acts. I could never have staged an act like Steely Dan and The Doobie Brotherst at the Albert Hall, it was just not big enough; it's pure economics really. But a venue like The O2 has fantastic sound, it's a venue everyone knows, people are comfortable with and it's been a really good fit."

What can you tell us about BluesFest's international plans?

"This is the second year we've run it in Dublin and eventually we'd like to take it across Europe and maybe North America as well. But again, it's important to do it step by step. We've established the event in the UK and now moved to Dublin and then we'll slowly but very surely start looking at where we can go in Europe and North America. If we're offering an act, say, four gigs, as opposed to two, it makes it more workable from a pure economical point of view, especially if they're coming over from America."

How did your first Dublin event go last year?

"It went really well. The acts do a night in London and then head over there, and vice-versa."

The challenge is to keep growing it and hopefully next year we'll be at five nights and still be bringing in artists that aren't always on the road, or haven't been here for a while

What is the target demographic?

"It depends who the acts are. We've had, on the soul side of things, Mary J Blige, Maxwell and Erykah Badu, right through to heritage acts like Van Morrison or Jeff Beck, so I guess it depends. I thought we would get fans of a certain age for certain acts, but I think that has changed because of things like Spotify. People of all ages are exposed to every kind of music now, so that's definitely widened the market for us."

How do you see the BluesFest concept developing over the next few years?

"The challenge is to keep growing it and hopefully next year we'll be at five nights and still be bringing in artists that aren't always on the road, or haven't been here for a while. I also like to put together double bills because people will probably have seen The Dooley Brothers before and they've probably seen Steely Dan before, but never on the same bill. That hadn't happened over here, so that was a particular challenge. One year we put Van Morrison with Jeff Beck. They knew each other obviously, but they'd never actually performed together so Jeff did his set, Van did his set, and they then got up and jammed with each other. That's a big part of BluesFest, trying to put some of these acts together."

What have been your highlights so far?

"That feeling when you walk out and see a packed room, whether that be The 100 Club or The O2 - the sea of people in there totally engrossed by the music is a real buzz. In my previous life as a musician you do get a buzz from playing and being on stage but walking out and knowing that you've put this thing on and people have parted with their cash to buy a ticket it's a real buzz. Walking to the foyer when people are on their way out and seeing they've had a great night is a fantastic feeling."

How far in advance do you start planning? Do you already have an eye on BluesFest 2019?

"Absolutely - especially with the American acts because they plan so far ahead. You have to start those conversations about a year ahead."