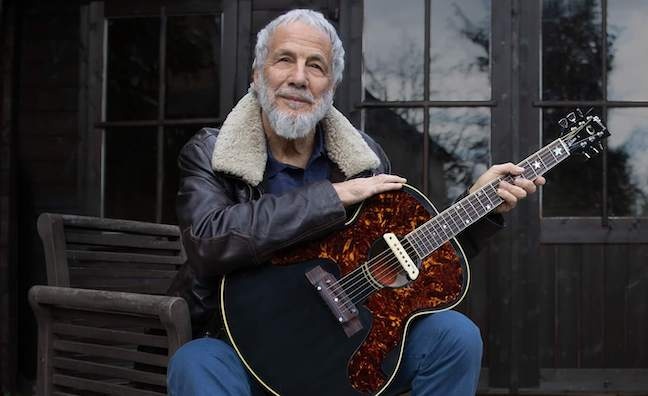 Inducted into both the Rock & Roll Hall of Fame and Songwriters Hall of Fame, Stevens is the recipient of an Ivor Novello Award and a two-time recipient of the ASCAP Songwriter of the Year Award. His six-plus decade career has spanned multiple musical genres from folk, to devotional music, pop, and rock and has sold over 100 million albums worldwide.

Yusuf is known for iconic songs including The First Cut Is The Deepest, Father And Son, Wild World, Peace Train and Moon Shadow.

Yusuf/Cat Stevens was previously with the UTA agency.

Yusuf is currently working on a new album, as well as his autobiography and an upcoming global tour.

In December, he will release a newly remastered 50th anniversary edition of his 1972 album, Catch Bull At Four.

Stevens continues to raise funds and awareness through his own global Peace Train initiative, with its mission to “feed the hungry and spread peace” focused upon delivering relief, medical aid, providing education and promoting peace to all regardless of background, nationality or religion.

He continues to be represented by his son Yoriyos Adamos.