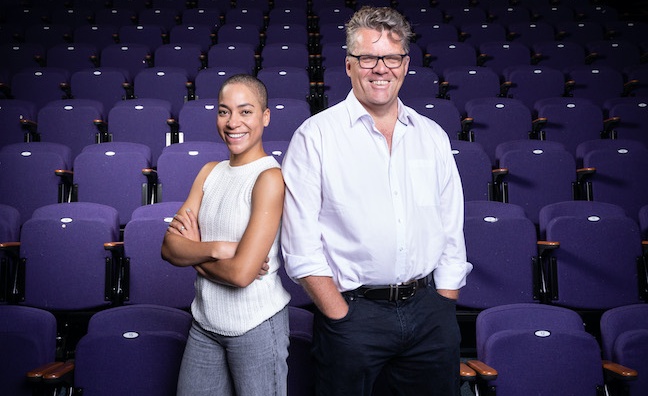 Award-winning actress, writer and The BRIT School alumna, Cush Jumbo OBE, will join the school’s board of trustees in celebration of its 30th anniversary. The new role will see her as a trustee on the Curriculum and Student Welfare committee.

Known for her roles in As You Like It, an all-female cast of Julius Caesar, and The River on stage, and The Good Wife and The Good Fight on screen, Cush Jumbo is also the author of one-woman play Josephine which follows jazz singer Josephine Baker. She is set to star in Stay Close on Netflix, and Hamlet at the Young Vic this year. In 2019 she received an OBE for her achievements and contributions to drama.

Speaking on the announcement, The BRIT School principal, Stuart Worden, said: “Having been lucky to have known Cush since she was a Year 10 student at the school, it has been inspiring to see her ascent to being one of the most respected and admired artists of her generation. Cush is all things BRIT. Hard working, creative, polymathic, engaged with the world, a change maker and a serious talent and part of the international pipeline that is The BRIT School. We are very excited to have her join the Trustees and work closer with the students. As we celebrate our 30th anniversary year, this is a significant moment in our history”.

Cush Jumbo, added: “It is a great honour and beyond thrilling to be appointed a trustee of not only one of the finest arts institutions in the UK but one that is so close to my heart. I can’t wait to begin this new adventure with the board and whole team of The BRIT School.”

Born in South London, Cush Jumbo studied Theatre, Media and History from 1999 until 2003 when she graduated. The actress has returned to the school regularly since to offer advice to the next generation of students, and gave them the opportunity to perform with her at The Evening Standard Awards in 2019.

More announcements are set to follow as The BRIT School celebrates 30 years, with the launch of BRIT Transforms – a £10 million campaign to support young people in the creative industries – in September.