How Red Light Management is breaking new acts during the pandemic 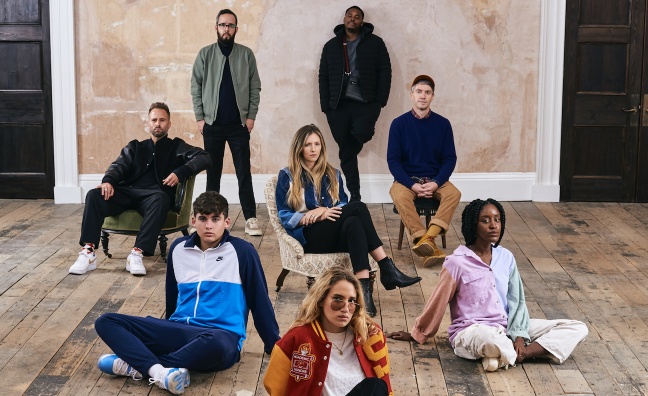 Red Light Management’s managing director in the UK, James Sandom, has told Music Week that the company’s emerging acts could stand to benefit from the constraints imposed by 2020.

The removal of touring, festivals and huge chunks of the industry’s traditional international promo cycle as a result of the coronavirus pandemic continue to take their toll across the business, but Sandom’s Red Light team argued that a positive spin can be put on 2020.

“These artists are making music in a focused manner that they definitely wouldn’t have been able to do in a regular year,” Sandom said. “In any other year, they’d have been making music under pressure to deliver, while also bombing round the world picking up all the early promo looks. It would have been a different dynamic. Their music is arguably stronger and more fully formed as a result.”

Sandom looks after Montagu and Cole LC, and said that traction for acts across Red Light’s roster has been consistently increasing as a result of their positive approach.

“You can feel and see visible traction,” he said. “Streaming metrics are one thing, and not every streaming hit equals tickets, but you can feel it across breadth of support and you start to just feel a project. With a slightly decluttered environment, you can focus on it more. This year has accelerated the new.”

Highlighting the importance of TikTok, Sandom said that “routes to engagement have vastly changed”.

“Every single manager out there has had to do a lot of learning and a lot of thinking on their feet,” he said. “The foundations of a lot of the traditional right and wrong that we have formed our businesses on have tipped.”

Johnson manages rising Irish songwriter Luz, who has been exchanging ideas via text and phone call with Ed Sheeran and Julia Michaels, among others this year. He argued that a consistent stream of new music in the absence of touring can lay the foundations for new artists to have an improved chance of success.

“As long as you’re putting out great music and are consistent with it, you’ll come out the other side of all this having hopefully skipped a bunch of steps, whether that’s touring or promo,” he told Music Week. “Instead of doing a 200 capacity venue in London, you might know you can do 500, and the demand is there because people haven’t been going to live shows. It will vary artist to artist, but it feels like you’ll be able to skip some steps.”

Jessica Lord, who manages Ivor Novello Rising Star Mysie also highlighted the potential benefits to be found in the absence of touring. “Trying to create those fans remotely is slightly harder, but at the same time, touring for emerging artists is expensive,” said Lord. “So, rather than spending that money when you might just keep saying ‘yes’ to stuff because it feels like the right opportunity, take that distraction away and really concentrate on the creative side and work on building your audience in other ways. Then, when you are ready to hit the road again, you’re coming with a bigger catalogue and people who’ve been desperate to see you.”

McGaughrin works with Chess Club prospect Alfie Templeman, who has built up his international profile through a stead release schedule during 2020.

“Alfie is releasing a lot of music and finding fans internationally, radio and DSPs are playlisting him all over the world,” he said. “We’re not saying, ‘Let’s get him to Europe or Australia,’ and spending an absolute fortune doing that, you can hopefully build an audience remotely, so that when things do come back there’s going to be an audience there. You’re going to be able to enter back into real life on a much higher level than before.”

Read the full feature, which includes interviews with Red Light’s new talent, in the new edition of Music Week. Subscribers can read it online here.