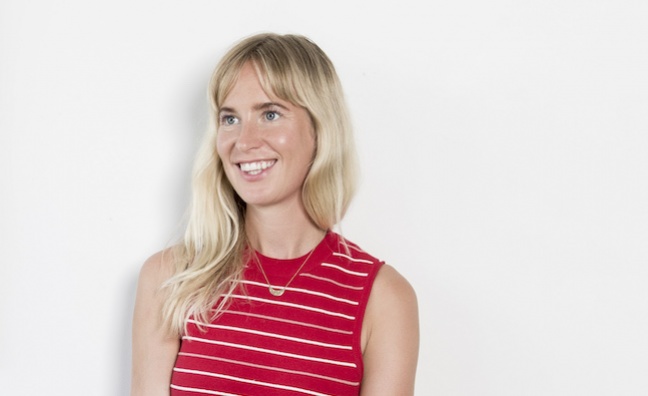 Music PR company Practise Music has built up a roster of clients including Loyle Carner, who’s just had a Top 3 album with his sophomore release Not Waving, But Drowning.

Carner’s return coincides with a bolstered operation at Practise Music, which is taking advantage of streaming opportunities to expand the business. William Doyle, formerly East India Youth, is the latest artist to join the management roster.

Here, the company’s co-founder Sinead Mills opens up about diversifying into a label and management company…

How has Practise Music grown since its inception?

“Practise Music was formed two years ago by myself and Will [Burgess] specialising in PR, with clients including Loyle Carner, Marika Hackman, Lauv, Kate Nash, Nick Murphy, Flamingods, Tertia May, Mad Cool Festival. However, we’ve both always had the ambition to expand and move into other areas of the industry. Will comes from a music/band background and so has a really different understanding of what an artist needs from their team to me, as I come from a marketing background. Having this mixed background helps us fill in each other’s gaps. About a year ago, we hired Tom Sloman, who works across various press campaigns and helps with scouting for new talent across all areas.

“Over the last 12 months we have been growing the label side of the company and have now released music from Squid, Osquello, Konradsen, Peakes and most recently the final album from Woman’s Hour. Everyone at Practise is super excited about the label, we’ve had a couple of real successes recently, including the latest Squid single Houseplants, which was added to the BBC 6 Music B-list. We’re chatting to a few really excellent new artists who we’re hoping to work with on the label side of things latest this year.”

What are the management plans and which kinds of artists are you focusing on?

“We are planning on keeping the management roster pretty small for the time being. Kieran Brunt who we're working with has a really exciting project coming out under the Shards moniker. They're an otherworldly choir who featured heavily on Nils Frahm’s last record. There's a growing team around Shards who are all really inspiring and insanely creative - we know they're all going to make the project a total game changer.

“Peakes are about to release an EP that has been produced by Steph Marziano and mixed by Tom Carmichael, they’re making really incredible left-field pop and are building a really amazing world around them. They’re working on some amazing new material as well, writing with MyRiot who are really helping them realise their vision musically. Finally, there’s Osquello, one of the most prolific artists I've ever met and he is busy finishing off a new EP to follow up his debut Good Morning Simulation, which was named BBC Radio 1Xtra's EP of the week plus received loads of love from media such as Fader, NME, DIY.”

“We distribute our catalogue via AWAL but the marketing and release strategy is done entirely by us. We work with independent pluggers for radio and look after the PR and marketing in-house. We’re really excited about the opportunity platforms such as Spotify and Apple offer to small labels and musicians, it feels really disruptive and challenging the status quo.

“We recently started working with One Two Many, who are now representing our catalogue for sync. Shows on platforms such as Netflix, Amazon Prime and BBC iplayer are proving as impactful in breaking artists as the more traditional methods – we’re hoping to really develop our label relationships with music supervisors and advertising creatives as they're becoming increasingly important tastemakers. Any avenue that allows artists the financial freedom to create without concern is very interesting to us.

“Over the years we’ve had the pleasure of working with so many incredible designers, artists, photographers, choreographers, advertising creative. For the label side of things, we’re increasingly engaging these people for one-off amplification projects for artists. For such a long time, artists have relied on the approval of a few gatekeepers to get their music out there, what we’re hoping the label represents is an initial springboard where artists can receive a really creative and friendly approach to a release, which will hopefully helps open doors for them to move forward.”

What are the global ambitions for Squid?

“Squid are in an excellent position post-SXSW, the reaction to their showcases from radio, press, music supervisors, labels and agents was so positive. I co-manage Squid alongside Tash Cutts and Ina Tatarko. They’ve been in the studio with Dan Carey working on an EP, which will come out in the summer alongside six months of intense touring and festival shows. Their sound and approach to making music is so fresh, we can't wait to see where they'll be in 12 months’ time.”