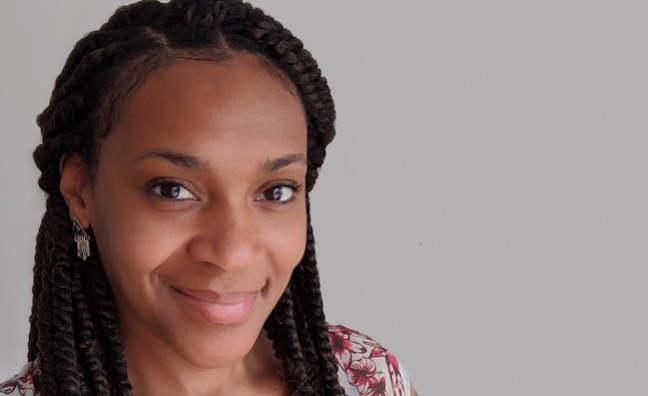 Nike Durosaro was working as a lawyer when she started managing Shakka, before a place on the MMF Accelerator put her on a path towards Grammy-winning success.

As well as being the founder of Big Drum Entertainment, she is now an MMF board member.

Shakka was credited as co-writer and vocalist on Dua Lipa’s Future Nostalgia, which won at the BRITs and Grammys. He was also the composer for Michaela Coel’s BAFTA-winning series Chewing Gum. Shakka has more than 250 million streams and 1,565,762 mostly listeners on Spotify.

As Shakka drops his debut album, Road Trip To Venus, Nike Durosaro shares her journey in music management so far...

What are your ambitions for the album - how does it feel to finally drop this release from Shakka?

"I hope that Shakka's Roadtrip To Venus album will remind people of what an incredible talent he is and cement his place in the UK music industry as one of the best male vocalists and artists we have. I think the R&B scene, in particular, needed a body of work like this that reflects the rich multicultural heritage of London. This album isn't trying to be American, it's unapologetically Black British! As a Black Londoner growing up in the ’90s, Shakka's influences range from synth pop, funk and soul to grime, soca, dancehall and afrobeats, and you can actually hear that masterfully infused into the music. It's very brave to present your own version of R&B to the world and challenge people's perceptions of R&B instead of just imitating the Americans, so I'm very proud of what Shakka has created.

“It feels great to finally drop this album. We were unable to release this earlier as we were never in the right situation with a label willing to back the project despite him being in three major label deals previously. The response has been insane, everyone is blown away by the quality and richness of the project. Shakka and I have been working so closely on it that we kind of overlooked, to a certain extent, how strong the album is. But we have been reminded by every fan who's commented on it and by all of the celeb love received from Alesha Dixon, Cynthia Errivo, Julie Adenuga, Ella Eyre, Ghetts, JME, Frisco and Chunkz amongst others."

How do you reflect on what the MMF Accelerator has brought to the industry?

“The role of a manager has become more important over the years, with managers doing the artist development that labels once did and often also cashflowing the artist during that critical stage until they develop their brand into a viable business. Despite how crucial a good manager is to an artist’s success, until the Accelerator programme there hadn’t been any schemes to support emerging managers in the UK, meaning that many quit the industry prematurely whilst others felt very isolated and struggled to live up to their potential. The scheme has been a game-changer for so many managers and has improved the lives of hundreds of producers, songwriters and artists.”

Now you’re on the MMF board, what are your aims for the future?

“It is a great honour! I hope to be able to provide some additional insights into the life of a music manager and champion the work of managers, artists, songwriters and producers. There is a great deal of money in the music industry, but it’s arguably not fairly distributed and reflective of the  contributions of all the people involved. I’d like to see a better distribution of that revenue. The MMF already does an outstanding job in identifying key issues for managers and the wider music industry and advocating for its members, and I’m excited about becoming a board member at a time when the membership is rapidly expanding and the organisation is soaring to new heights.”

Is there a path that every new manager should take?

“No, there are definitely numerous ways to get into the industry. I qualified as a lawyer and managed my first client in my spare time until I could afford to work as a manager full-time. Others have joined management companies as interns and worked their way up, or completed management degrees and then taken on clients and learned the rest on the job. Many universities offer degrees focused on the music industry or management and the MMF do incredible short courses on specialist areas within the industry too. There is still a great deal of work to be done in educating school leavers about the myriad roles in the music industry. This education alone would see a wealth of talent coming through the ranks.”

Many UK artists are doing great things with management teams built from their peers. Will this continue?

“I believe the trend will continue as the music industry continues to get demystified and people realise that managers don’t necessarily need to have a certain background or a degree. A good manager is someone who shares the same vision as their client, has sound judgement, is diplomatic, will fight for their client’s best interests and knows when to seek advice. The reason why it yields such good results, in my opinion, is that there is a deeper level of understanding of one another and more tolerance. A pre-existing relationship means that the music relationship is likely to be less transactional and more, ‘Ride until the wheels  fall off’. They say ‘don’t mix business with pleasure’, but it can be a powerful mix.”

Where does the management sector sit in the fight against racism?

“We must all stop to think whether we are acting in a way that supports the fight against racism. It’s not enough to say, ‘Well, I’m not racist so that’s that.’ It is about dismantling age-old discriminatory practices and ideas that permeate our society.”

Subscribers can click here to read our feature on the MMF Accelerator programme.