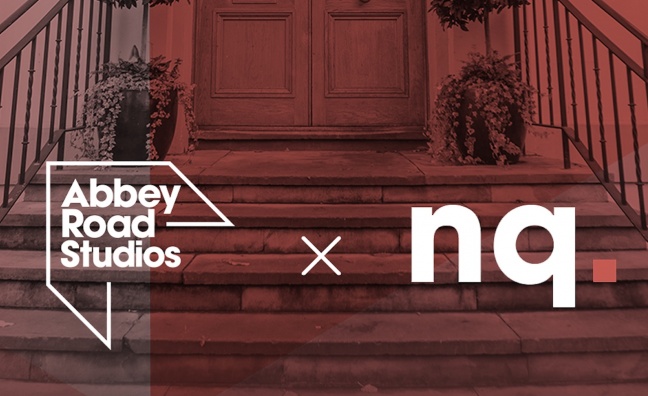 Michael Adex’s NQ is continuing its expansion, as a new partnership with Abbey Road Studios is announced.

The legendary venue recently marked its 90th anniversary and, as part of the celebrations, has unveiled plans to welcome musicians and creatives to a new rotating residency. Music Week profiled managing director Isabel Garvey in November.

As part of Abbey Road Connected, the studios will host artists and producers in its newly opened Writing Rooms, with Manchester-based management and services company NQ set to be the first partner.

The year-long project will see NQ’s roster take part in monthly sessions at Abbey Road, while both companies will come together to help find opportunities for up-and-coming music industry talent.

NQ’s COO and general manager Louis Brown said: “We pride ourselves on creating meaningful opportunities for Manchester and the North West and creating value for our clients in everything we do. This joining together of two respected music destinations celebrates a shared vision to support diverse, emerging talent across the UK.”

The partnership shows our shared vision to support diverse, emerging talent across the UK

Isabel Garvey, managing director, Abbey Road Studios said: “As Abbey Road Studios celebrates its 90th anniversary, I can’t think of a better partner to open our new Writing Rooms than NQ. I’m excited to have NQ as part of the new creative community at Abbey Road and witness the best talent from the North and South collaborate within our walls.”

I can’t think of a better partner than NQ