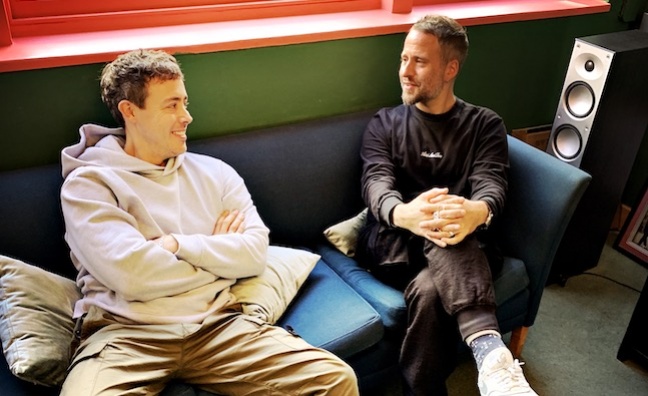 Just 48 hours after Music Week profiled the growing writer-producer management business at Red Light, the company has been revealed as winners at the Artist & Manager Awards.

In a year where the MMF has placed a strong focus on the rights and revenues of songwriters, Red Light Management has emerged as winners of the Writer-Producer Manager Award. Quietly developing this side of the Red Light business, in partnership with Funfair and AMF, James Sandom, Tyler Brown and the team have built a producer and writer roster that has delivered over 20 UK chart hits in the past 12 months. Alongside other globally successful songs, this repertoire has generated over one billion streams.

The Featured Artists Coalition (FAC) and Music Managers Forum (MMF) has also revealed its shortlists for Breakthrough Artist and Breakthrough Manager for the Artist & Manager Awards in association with artist funding platform beatBread.

Winners in both categories will be announced at the November 17 ceremony, which takes place at London’s Bloomsbury Big Top. Final tickets for the event are available here.

The shortlists are as follows:

Annabella Coldrick, chief executive, Music Managers Forum, said: “It was incredibly tough deciding on this year’s Breakthroughs, but I think we’re finally satisfied that these two shortlists reflect the past year’s range of managerial and artist successes. I’m also really pleased that we can recognise the achievements of Red Light Management with our Writer-Producer Manager Award. As highlighted by the MMF’s most recent Managing Expectations report, the vast majority of our members also represent songwriters and producers and it’s truly impressive to see how James, Tyler and their team have cultivated such a diverse and successful roster.”

It’s truly impressive to see how James, Tyler and their team have cultivated such a diverse and successful roster

Music Declares Emergency has been revealed as Industry Champions. Launched in July 2019, this independent group of UK artists, music industry professionals and organisations have helped drive forward the sector’s response to climate change in a collective call on governments to act now to reverse biodiversity loss and reach net zero greenhouse gas emissions by no later than 2030.

In addition to a widely adopted Declaration - now signed by thousands of artists, organisations and individuals - and the impactful #nomusiconadeadplanet campaign, MDE provides practical resources to the music industry and works closely with the industry, artists, and fans to place music at the heart of the conversation around the climate emergency.

David Martin, CEO, Featured Artists Coalition, said: “Music Declares Emergency has brought a new sense of urgency to how the industry approaches climate change. Alongside their enormously impactful campaigns, the organisation is also seeding much-needed practical advice - helping to highlight historical music industry practices that can be harmful to the environment, while providing guidance and support to help the sector tour and release music more sustainably. FAC and MMF are proud to be supporters of their work.”

More announcements and exclusive performances will be revealed on the night.