'We had to work twice as hard': UROK's Sam Eldridge on Liam Gallagher's second solo No.1 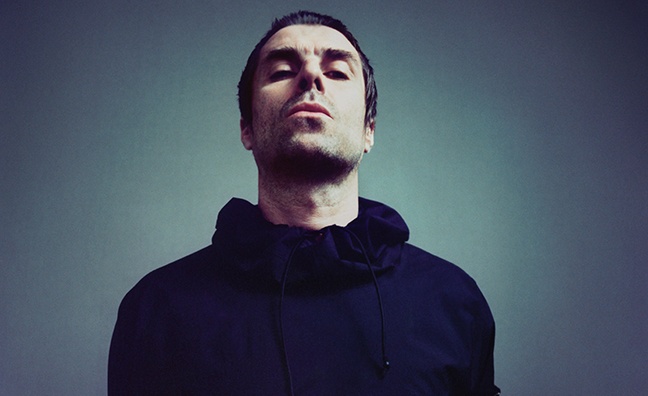 Liam Gallagher's manager Sam Eldridge has given Music Week the lowdown on the campaign around the legendary rocker's second solo album Why Me? Why Not.

Released via Warner Records, the LP went straight in at No.1 last week on sales of 68,327, according to the Official Charts Company, and is currently second only to The Beatles' Abbey Road 50th anniversary reissue in the latest midweeks.

Why Me? Why Not is Gallagher's second solo chart-topper following his 2017 solo debut As You Were, which has sold 398,996 copies to date.

"There was a real focus and intensity on doing right by Liam on the first record and helping him deliver something that was worthy of his legacy," explained UROK's Eldridge, who represents the singer alongside Gallagher's partner Debbie Gwyther. "Now he was back where he belonged, we had to work twice as hard to keep him there and that meant that we were even more focused on the A&R process.

"The confidence of the last record and its success allowed Liam to push himself musically even further, and I think this record is a better album."

He added: "For bigger artists, sometimes, the record can be an exercise in maintenance, whereas for us it dictates every element of the campaign. So we wanted to make sure that the thing that was leading it was the best that it could possibly be – and that's what we got."

Liam is a very modern artist in many ways, with an amazing presence on social media that allowed us to feel like we were everywhere

As You Were marked a triumphant comeback for the frontman following the demise of his post-Oasis band Beady Eye, who split in 2014. It also came in the wake of the well-received 2016 Oasis documentary Supersonic.

"That time away had given people an opportunity to realise how much they missed him and what a singular voice and personality he is in the British music industry," said Eldridge. "The groundwork that was laid by Supersonic showed what a phenomenal impact Liam made at the start of that Oasis journey and people were reminded about his megawatt star power.

"He's a very modern artist in many ways, with a totally unique personality and persona, and an amazing presence on social media that allowed us to feel like we were everywhere. It was humorous and self-deprecating, and showed a side of Liam that people maybe wouldn't have seen [before]. And it allowed a whole new generation of people to fall in love with him."

The album's lead single Shockwave (71,293 sales) became Gallagher's second highest-charting single behind As You Were opener Wall Of Glass, peaking at No.22 in June. Three more tracks - The River, Once and One Of Us - were also released ahead of the album.

"There was a little bit of debate on whether we should launch with that beautiful ballad moment of Once, which I think is just a world class piece of songwriting and one of Liam's most iconic vocals, or just go with an absolutely storming rock record, which I think Shockwave is," said Eldridge.

A total of 6,216 of Why Me? Why Not's first-week sales came from sales-equivalent streams and Eldridge said Gallagher was appealing to a cross-generational audience.

"It's great to see the streaming numbers that we had. The places that we've had across all streaming platforms have been fantastic actually and he absolutely out-performs his peers in that respect," he noted. "We've been delighted with the support we've had from Apple, Spotify and Amazon.

Gallagher, who is repped on the live circuit by Coda's Alex Hardee and Adele Slater, tours UK arenas next month and typically balances his setlist with solo material and Oasis classics.

"Liam is made for the biggest stages, that's what he responds best to and what's been so exciting for us on this record is people singing songs from the first album just as hard, and with the same sort of emotional intent, as they are with those classic Oasis songs," said Eldridge. "The success of the solo material allows us to keep playing with it, and the show just gets stronger and stronger as a result.

"Liam's been an amazing curator of his own back catalogue as well. It hasn't just been the obvious songs, which keeps people wanting to come back to the shows. Also, I just don't think anyone approaches a live rock show with that same passionate intensity. It's unbelievable the energy that he gives out from essentially standing still on stage, and the way he seems to filter and distil people's emotions. It's such an incredibly communal event and a really positive one as well."

On Gallagher's 2020 plans, Eldridge said: "We will be touring - Australia is on sale, as is Europe. There'll be dates in South America and in Asia and we're looking at further dates in the US. We've got this tour with The Who [later this month], which is going to be amazing, in the US, and then another run of festivals for next summer - but you'll have to watch this space as to what they'll be."

Eldridge, who began managing Gallagher in 2016, concluded: "Liam and Debbie have been an absolute joy to work with. Debbie is an amazing managerial partner and Liam is just so charming and super-fun. I've never met someone who is so true to themselves and that makes it really simple and enjoyable, so it's been great."