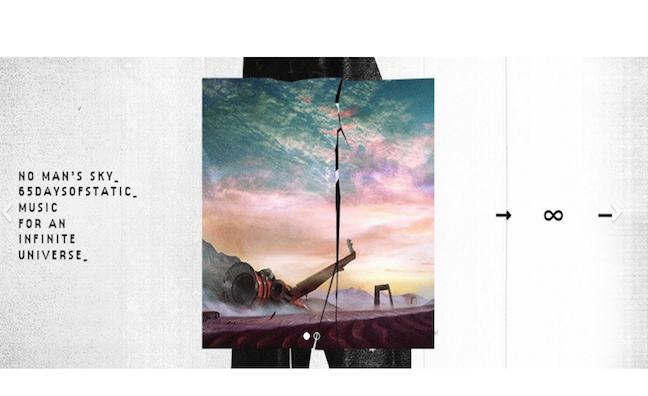 UK instrumental ‘post rock’ outfit 65daysofstatic have produced a groundbreaking, generative soundtrack to the hotly anticipated No Man’s Sky video game, which is due for release tomorrow (August 10).

The four-piece were initially approached by Hello Games, the team behind No Man’s Sky, to see if they could utilise one of the band’s old songs as part of the in-game music. But after seeing concept art for the game during its early development, the band offered their services to produce the full soundtrack.

However, the game’s innovative ‘procedurally generated’ universe required an equally innovative soundtrack. After the band finished writing and recording a standard format album, 65daysofstatic then began working with No Man’s Sky audio director Paul Weir, as they deconstructed the record to produce a soundtrack that would take on infinite guises as it adapted with each individual player’s experience.

“We dismantled the album, went back to all the individual components and created new sounds,” Weir told Music Week. “We effectively tore the whole thing apart and reconstructed it inside our generative music system, so what you get in the game sounds like the album but never is the album. It’s more like reflections of the album or hints of what the album sounds like.”

According to 65daysofstatic’s Paul Wolinski, the band were keen to ensure that they album they produced served as a standalone album outside of the game.

“What we made was a lot more complicated than we first thought it would be,” Wolinski explained. “They told us they wouldn’t give us a brief, they just wanted us to write a 65 Days record; don’t overthink it, just be yourselves. They said that they would make it generative but we wouldn’t need to worry about that as they’d take care of it. We just had to write an album.

“But we’d decided by this point that we wanted to be more involved in all of that too, because it seemed like an interesting way to approach it and we figured that if we knew how the mechanics of the thing were going to work we’d be able to compose more specifically for it, rather than just pulling apart standard songs.

“We also wanted to make sure we were making something that would work on its own, even if people had never heard of the game. The music in the game is recognisable as the album but it’s not quite the same because, by it’s very nature, it’s always going to be slightly different; it’s always going to change with what the player is doing in the game.”

The album No Man’s Sky: Music For An Infinite Universe is out now via Laced Records.