'An artist turned us down because of the violence': Killing Eve's music supervisor on the hit show's sound 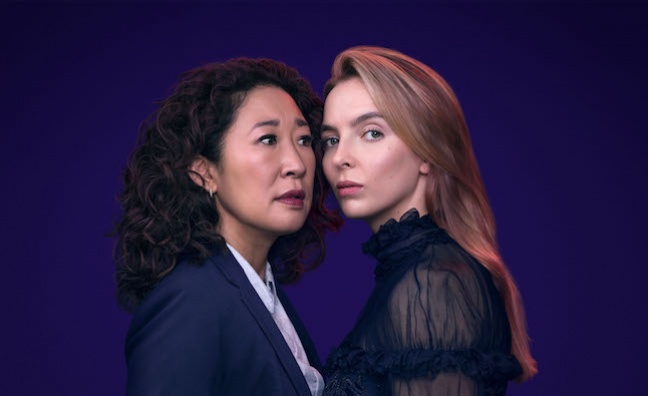 As the second series of Killing Eve finishes its BBC One run, the hit spy thriller has cemented its role as a key series for music syncs.

The latest season featured placements of songs by Goldfrapp, Kim Wilde, Blondie and Roxette, though music supervisor Catherine Grieves stresses that it’s not necessarily the big tunes that capture the sound of the show. Less familiar syncs this time include Where Evil Grows by The Poppy Family, a cover of classic song Angel Of The Morning by Dutch singer Willeke Alberti and a version of You Don’t Own Me by Italian singer Dalida. The Delmonas and French singer Fabienne Delsol also make an appearance in series two.

“We try and find the unexpected,” said Grieves. She works on the soundtrack with David Holmes, whose band Unloved are all over the show.

Why’s the soundtrack so important to Killing Eve?

“From the beginning, everybody wanted it to be a significant part of the show. We talked about it from before the shoot as being a really important part of the show. Two seasons in and I think it’s developed into almost it’s own kind of character, or another side to Villanelle and another side to Eve. We’ve just been allowed to really have the freedom to push it and explore and really use music that means something.”

Do you identify songs with the characters?

“We don’t look at it in an overly specific way. We find songs that we think generally fit, and there will always be elements to lyrics that end up working really well. When David Holmes and I look at each episode, the most important thing that we look for is the overall sound, the energy, and the feel to the track. Then any extra detail within the lyrics, or anything like that that fits, is a bonus. It’s about telling the story musically, and having the atmosphere and the vibe is equally as important.”

How did you approach the soundtrack from the start?

“We were discussing the musical approach, we always wanted some aspect of the female voice or an artist to be used throughout the soundtrack. But we were really keen to get a brilliant composer as well. David was the perfect fit across all those aspects, so he came on board and it’s a really nice, collaborative relationship, he’s brilliant.”

How involved did series one showrunner Phoebe Waller-Bridge get with the music?

“Phoebe had a lot of input on the first series. But David and I are given quite a lot of free rein musically, we’re allowed to put forward what we think is right, we don’t get too much pushback. Everything is discussed – but we’re given the freedom to be quite bold in what we put forward.”

After the success of the first series, was there a lot of interest from labels and publishers?

“Yeah, it’s one of those things, as soon as everybody knows that it’s a success obviously people really want to get their music used in the show, which is brilliant. But with that success it’s harder to negotiate deals in the same way, it can go either way – people will do anything to be involved in the show, or people look at it as a big success, so it’s difficult to get deals. We are ultimately a UK drama, so we don’t have huge amounts of money to spend. A lot of what David and I do is find really interesting songs that haven’t been used too many times before.”

Why do you think Killing Eve is such a key show for syncs?

“The fact that it’s on BBC America and actually series two was also on AMC to give it even more reach. However, it is a very British show – the humour’s very British but it seems to have appeal across the world. The character of Villanelle is so interesting and new that people seem to love it, so it’s exciting. And Phoebe Waller-Bridge’s writing, the tone, it’s a very individual show. So I’m very please it’s being received so well.”

Has anyone baulked at having their music on such a violent show?

“In terms of publishers and record labels as a whole, everybody is really keen to work with us. Obviously you do get individuals who are more difficult to clear. There were a couple of older European tracks where the artist turned us down because of the violence. If you’re a nice old lady in France who has no idea of this show, it’s a hard sell when you’ve got a scene with somebody throwing themselves in front of a car.”

“It’s a beautiful placement that works really well, it’s used in a love story way but has a psychedelic edge, it’s a cool scene.”

Cigarettes After Sex have had syncs in both series, as well as other shows such The Handmaid’s Tale. Does their success show the power of the latest hit TV dramas?

“We love Cigarettes After Sex, their tone is just so synonymous with the sound of the show, so they’re a great fit. With a show like Killing Eve, Shazam gets used a lot and it gets people listening to music they might not discover in a different way. There is definitely a benefit to having your song used that isn’t just the direct sync fee opportunity. There’s the wider picture of streaming – the impact of that is particularly beneficial to independent artists. The Spanish artist Pshycotic Beats’ Killer Shangri-Lah featured in series one and on the trailer. The impact has been phenomenal, their streams have sky-rocketed, there are definite success stories. And the impact on Unloved’s profile has definitely been raised since the show.”

So Killing Eve is good for the indies?

“Yes, absolutely, we try to use a lot of independent music. We do use a lot of music from major labels as well, although that tends to be catalogue. For more contemporary music, we do tend to veer towards more independent sounds that are slightly more leftfield.”

Is the raft of quality TV dramas a positive development for sync?

“It is a good time for sync, there’s a big boom for TV soundtracks at the moment. With blanket licences having changed and become more restricted, it means that TV series like Killing Eve are having to fully license and pay for music. If you can just use anything people are more lazy, whereas now everybody has a budget to work with, so you have to have a creative music supervisor who can help find independent tracks that are gong to cost less to clear. It makes [music supervisors] look at soundtracks in a slightly different way than perhaps they did a couple of years ago.”