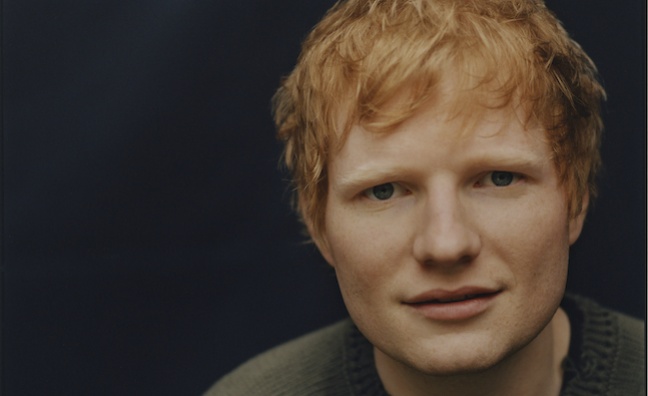 As well as debuting at No.1 on the singles chart with 92,086 sales (Official Charts Company), Bad Habits has smashed the record for an opening week on the Radiomonitor radio airplay chart. It follows strong support across UK networks, including the A List at BBC Radio 1 and Radio 2.

“After taking some well-deserved time out, Ed’s come back with a bang,” said Atlantic co-president Ed Howard. “Bad Habits is another bold step forward sonically and it’s been incredible to see how positively the fans have been responding to it. His TikTok performance pushed the creative envelope for livestreams whilst becoming the biggest ever live music performance on the platform.

“As ever our partners at radio and DSPs have been massively supportive, adding the track to playlists across the board and the news coming in from our teams around the world is equally positive. To hit the No.1 spot in your home market is always a special moment, and that doesn’t change, even when you’ve got as many hits under your belt as Ed!”

Bad Habits debuted at the top of the airplay chart with 97.91 million impacts from its 5,129 radio plays. That’s well ahead of the previous week one record by Daft Punk for Lucky (59.93m).

Damian Christian, managing director and president of promotions at Atlantic Records UK, told Music Week it was a special feeling for Sheeran to secure such a strong week one result for his new single.

“This is probably the most satisfying one I can remember,” he said. “It's his ninth airplay No.1, and he already held the record anyway by a stretch. He made a record that was slightly different - there’s a dance vibe to this one - and so to go straight in at No.1 on airplay and to have the biggest [opening] week ever in airplay history since they've been recording it, with nearly 100 million impacts, is just off the chart. We're absolutely buzzing, we're delighted, and so is he.”

Christian admitted that an artist of the stature of Sheeran faces challenges with a big return.

“It can get a bit hard because, for me, he’s the biggest star in the world, or is up there, and then when you reach that pinnacle people do want to knock you and they want to see you fall,” he said. “It’s kind of what people do, don’t they?”

While the track marks a departure for Sheeran, Christian said there was a positive reaction from radio execs.

“We went around to a lot of the stations, Ed was involved in some of that process,” said Christian. “The radio guys  all came on board, it's on every A list and S list out there, they did embrace it. There was a bit of like, ‘Oh, this is a bit different - but good different’.”

Christian praised Sheeran’s work ethic around this promotions campaign, which included a blitz of radio stations, including specialist networks such as 1Xtra, Capital Xtra and Kiss Fresh.

“He just wants to [speak to] everybody that plays his records - and he enjoys it,” said Christiam. “We went into Radio 1, we did all of Global, we did all of Bauer. He spent days doing this. [Usually] if you get a superstar, they might give you 20 minutes, half an hour. He's just a joy, really.

“We've been working [with Ed Sheeran] for 10 years, he was this ginger white rapper from Suffolk as we described him - there weren’t many of those knocking around then, or probably now! He’s a humble boy, I think people do want to see him win because he's a good guy.

“The record is very strong and the numbers speak for themselves. It’s a great first week for Ed. Lots of big acts have come back and not had this result, so it's a real marker for the album and lots of other big records to come.”

“The album will come later in the year,” said Christian. “This song doesn't define the whole Ed record, they don’t all go down this route. We have got some absolute monsters to come, we can't wait to get cracking on those as well.”

Christian suggested that Bad Habits is a perfect song for summer, as the country emerges from Covid restrictions.

“Because of where we're at at the moment, with bits of lockdown still going on, coming with an up-tempo and uplifting record was super-important. Ironically, the [lyrics] are about bad habits but no one's really been going out until two o'clock in the morning any more because no one's been allowed to go out, have they? But you can certainly have bad habits at home, I’m sure.”

The track will be bolstered by a remix, and Christian is confident that Bad Habits will be one of the songs of the summer.

“I think so, because the numbers are so big - it's done 92,000 [in week one],” he told Music Week. “When people are going out, they'll be able to relate to it. For people with bad habits, or who used to have bad habits, they'll be able to relate to it as well! ‘Conversations with a stranger I barely know’ as it says, not that I would ever do such a thing...”

“He's got this love for football and he's friends with lots of footballers,” said Damian Christian. “Harry Kane and him get on really well together, he's very good friends with Frank Lampard. Being invited by Harry to go and play at the barbecue for the England players [at St George’s Park ahead of the Germany clash], he absolutely loved it. They loved him, so I think they're calling him their good luck [charm].

“He's been getting to the games, when it zooms in on him and David Beckham, it's a good look cheering on his country. There’s an excitement in the country at the moment. Maybe there will be a battle with 3 Lions next week for No.1, but he wouldn't mind losing that one for a week!”