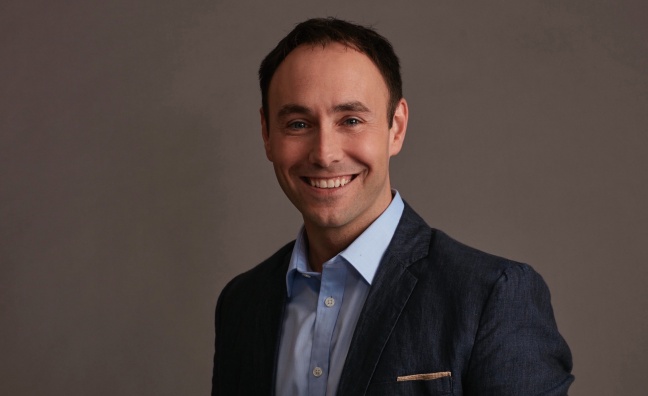 BBC Radio 1 boss Aled Haydn Jones has made his first big move since his promotion earlier this summer.

The former head of programmes was upped to head of station, a role he had been overseeing following the exit of controller Ben Cooper last year. Cooper also has a big new job, which was announced today.

As exclusively revealed in the latest issue of Music Week, Haydn Jones has moved the specialist shows forward an hour in the schedule.

Haydn Jones, a 21-year veteran of Radio 1, said that new music was getting a renewed focus. It will ensure that rising UK artists are as central to Radio 1’s ambitions as the station’s eye-catching creative projects, such as Hide & Seek with Greg James and Nick Grimshaw and the Up Yours Corona campaign.

“At Radio 1, we've got really good at connecting shows, having a Radio 1 family and having a lot of successes with our projects,” said Haydn Jones. “This [schedule change] is about ensuring music gets as loud a voice from Radio 1 as some of the other stuff that we've done over the last couple of years.

“So I've been meeting with all the labels for the last couple of weeks and talking about how we're going to show more commitment and be more supportive of new music and new artists, especially British music and artists. The conversations are going really well.”

Radio 1’s Future Sounds With Annie Mac will now be in a new 6-8pm slot on Monday to Thursday. Mac’s Hottest Record In The World feature, which currently airs at 7.30pm, will launch the show at 6pm.

In his first interview since being appointed by BBC pop controller Lorna Clarke as station head, Haydn Jones has spoken about his vision for the youth network.

“We're most excited about the fact that we're going to bring our specialist output forward,” he said. “Bringing Annie Mac to the 6-8pm slot is huge, actually. [A specialist show at that time] hasn’t happened in decades at Radio 1. We can then also move the Hottest Record feature and put it at the top of the show, taking it to a whole new bigger audience.”

“We're working on other initiatives around that new show,” said Haydn Jones. “There will be a package of assets that you'll get by being on that show that really bring the weight of Radio 1 behind artists, who, ultimately, we hope will end up on Annie Mac’s show and then the playlist.”

On Friday nights, Radio 1’s Dance Party with Annie Mac will also move forward an hour into a 6–8pm slot. It will be followed by Danny Howard (8–10pm) and Pete Tong (10pm – midnight).

The new schedule launches on September 1.

BBC Radio 1 had 8.915 million weekly listeners in the Q1 RAJAR figures. The station has built its online profile, with an average of two million views a day for its content on YouTube/Vevo and a combined social media following of 7.4m.

To read the full interview with Aled Haydn Jones, subscribers can click here.