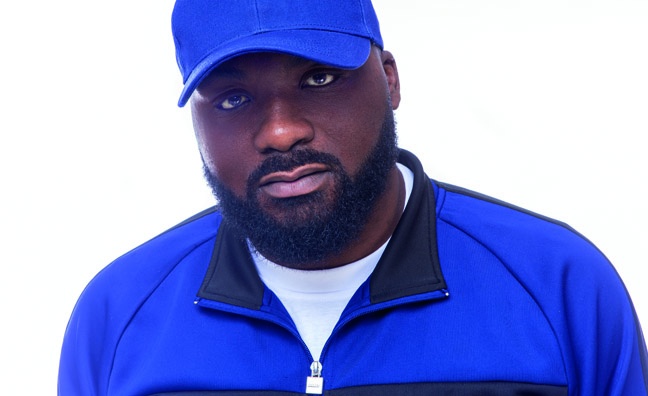 In the current edition of Music Week, BBC Radio 1Xtra presenter DJ Ace takes on our Aftershow feature to reflect on his career so far.

One of the biggest champions of black music on UK ariwaves, DJ Ace – real name Ashley Asomani – talks about the state of UK R&B, his frustration with the word ‘urban’, his label RecordBox and the inspiration behind his Instagram Live talent show, The Vocal Elections. Crucially, too, he reflects on the acclaimed two-hour radio show he recently presented with Seani B that dissected issues of race and identity.

“I really cherished the opportunity to speak about how I felt as a black man in the UK,” Ace tells Music Week. “It was liberating to let people know exactly how we felt in regard to the horrific things that have happened in the States and over here, and also how we feel about our positions in the music industry based on our colour. There were so many things that I never thought I would have the opportunity to say. It was a huge weight being lifted. Hats off to the execs at the BBC – they were brave enough to let us voice that on the air.”

DJ Ace went on to describe some of the frustrations and obstacles he has experienced in his career, while also noting that some things have, at least, changed for the better...

“I love BBC Radio 1Xtra and I believe in it,” Ace continued. “That’s my heart, it’s the station I’ve helped build since 2002. I’ll always have a deep love for it. But sometimes I feel like I’ve been done dirty in regards to certain different things. I know for a fact that if you put my stats on a piece of paper, if I was a white person I would have been pushed to the moon with some of the accolades I’ve got and in terms of my RAJAR figures. For some strange reason, it’s more palatable for somebody – for white people, let’s put it out there – to present our music. You see there’s a lot more pushed into that person, whether it’s promotion, opportunities… That is frustrating for someone like me who is doing exactly the same thing. We need diversity at the top of radio, diversity on air, and to start having these conversations more. I will add to that there has been a lot of change in terms of diversity – Lorna Clarke is head of pop and June Sarpong is head of diversity. I’ve seen it when it wasn’t diverse at all, so there has been a lot of movement and change. Maybe these conversations wouldn’t have happened if those people weren’t in the places they are now.”

Here, in an unread extract of our interview, DJ Ace talks more about the power of UK R&B, why it needs more champions, and why Prince Harry is on his interview bucketlist...

You launched your own label RecordBox – do you ever see yourself leaving broadcasting altogether and settling into an exec role?
“Radio is 100% my love. I don’t see myself being a daytime presenter forever, but maybe moving into specialist radio. I think I’ll always have a foot in radio in some capacity. But I also feel like R&B is my love and there is a real space for it at the moment and it’s not being handled properly in the UK. I’d love to be in a position to help some of the UK artists I’m seeing create some amazing music who are are not getting the platform. It’s part of the reason I created the Everything R&B Show on 1Xtra because I didn’t feel there was that national exposure for R&B on the radio. Since launching that three years ago, I’m seeing so many UK R&B artists getting signed to major labels and doing things worldwide. I don’t want to take credit for it all myself, but I definitely think I was at the pulse of what was going on in terms of the genre and seeing certain streaming sites launching UK R&B playlists.”

You said the industry was failing UK R&B – in what way specifically?
“In terms of R&B in the UK, there wasn’t that champion. Trevor Nelson obviously was the R&B guy when he had his show on Radio 1 – and he broke a lot of R&B in the UK – and that’s kind of not his focus anymore, he’s kind of bigger than that now. I think every scene has had its DJ champions, and it seems UK R&B didn’t have a national broadcaster going, ‘Check out Nao! Check out Mahalia! Check out Ray Blk!’ They never had that. I think it was important for me to be like, ‘Hey, I’m on the radio five days a week and there’s been a massive boom in sick UK R&B – take a listen!’ I’m proud of what I’ve done. That sometimes becomes part of my frustration because I feel like I’m the only person saying it. I consider it the No.1 R&B show in the country – it has to be. There’s no other R&B show in the country that gives you legends like Mary J Blige, Toni Braxton and Janet Jackson, and some of the new school artists like HER and UK acts like Mahalia. I cover it all and no-one does that. Absolutely no show in this country has done that. I’m the only person promoting it, that’s how I feel. I don’t mind, it is what it is, but there needs to be more.”

You’ve already enjoyed a long and successful career – what’s been the most surreal part of it so far?
“It’s just sitting down with icons. If you had told me when I was 13 years old when I started DJing that I’d have the opportunity to sit down with Mary J Blige or Janet Jackson I would have told you that you were insane. These are people you don’t think are touchable. I had the opportunity to sit down with some real icons in the game. To me, sometimes I come out of those interviews like, ‘Wow!’”

So who is left on your bucketlist?
“I’ve always said I really want to interview Prince Harry and do the real sit down, man-to-man, let’s talk about what’s going on. And I’ve heard he’s a fan of DMX… Musically, I’m a fan of a lot of artists, but I’ve been blessed to sit down with a lot of artists I want to. In terms of R&B, Jill Scott is somebody I’d really like to sit down with. I begged for an Erykah Badu interview and I went out of my way to get it and the recorder failed on me during the interview… [laughs]. I have to get that one again. The other obvious person I’d love to sit down with is Rihanna as she seems really cool. But I’ve been blessed so far.”