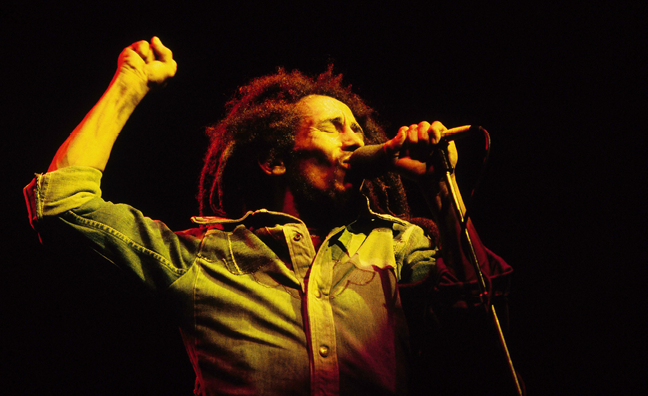 BBC Radio 2 is marking Black History Month in October with a celebration of reggae, including a new series, Shaggy’s Reggae Hotshots.

Shaggy’s Reggae Hotshots will guide listeners through 60 years of music from his homeland island of Jamaica. It airs each Saturday at 9pm from October 2-23.

Shaggy said: “I’m looking forward to sharing some of the music that has helped shape me and that I listened to growing up - some of the songs and artists that have represented my home, Jamaica, across the globe only on BBC Radio 2.”

Radio 2 won the Radio Station trophy at the Music Week Awards this month.

Helen Thomas, head of Radio 2, said: “During the pandemic, Radio 2 provided invaluable companionship and continued to entertain our millions of listeners with a distinctive mix of speech and music entertainment, which I’m immensely proud of. In the next few weeks, we have a rich mix of programming to offer our audience, ranging from a new reggae series from Shaggy to commemorate Black History Month, new original works of poetry on National Poetry Day, plus our all-female playlist on National Album Day.”

Continuing the network’s celebration of reggae, in his show on Monday, October 4 (midnight-3am) OJ Borg features a specially themed Reggae One Hit Wonders.

In Vanessa Feltz’s Radio 2 show on Friday, October 9 (4-6.30am), her A Dance Through The Decades feature will have a reggae theme, showcasing great songs by timeless female vocalists.

Knowing Bob Marley, originally broadcast in 2011 to mark the anniversary of Bob Marley's death, features five of his closest friends and colleagues sharing their personal experiences of the man they knew. It airs at 12am on Friday (October 1).

For this year’s National Album Day (October 16), which has the theme Celebrating Women in Music, Radio 2 is dedicating the whole day to album tracks by women. From 6am to midnight, there will be an all-female playlist from Sounds Of The 60s all the way through to Craig Charles’ House Party, plus The Official All-Time Female Artists Album Chart, presented by Jo Whiley.

Jo Whiley said: “What better theme could there be than to celebrate women in music for this year’s National Album Day! That means, of course, that I’ll get to play some of the best music ever made when I count down the UK’s top 30 best-selling albums by women.”