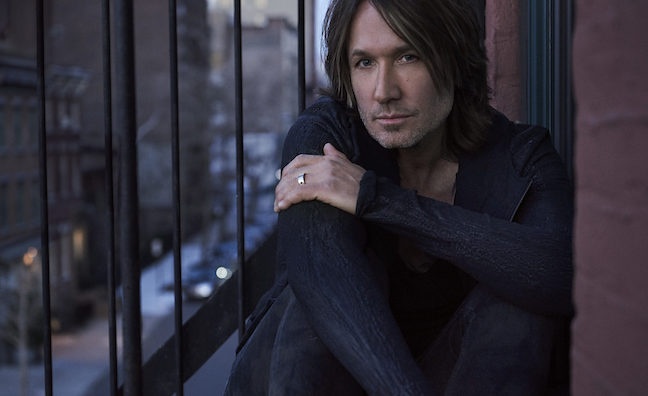 Smith and the Radio 2 team have been a major factor behind the rise of country music in the UK, which is currently enjoying a streaming boom with both catalogue and contemporary Nashville stars such as Maren Morris, Luke Combs and Gabby Barrett. Music Week revealed the spike in streams during the Covid-19 lockdown based on Official Charts Company data.

“Country music tends to speak quite emotionally lyrically, often the songs are very strong,” said Smith. “I can imagine at a time like this, where people are feeling a little bit more raw emotionally, that maybe country speaks to that. It’s pure speculation on my part, but I think that's often been the case with country songs.”

As well as Gabby Barrett, Smith tipped rising stars including Priscilla Block, Mickey Guyton and Jimmie Allen. Country artists The Chicks and Ward Thomas are currently on the Radio 2 playlist, while Superman by Keith Urban (pictured) is on the station’s A-list.

As well as airing The Keith Urban Playlist on Saturday night at 8pm earlier this month, the station made Superman Record Of The Week.

“Keith has been brilliant for us the last few years, and he's gone slightly more pop in his country output,” said Smith. “We've been a Keith Urban supporter for a few years now. I know there's more excellent stuff coming from Keith, it's great to stay with him.”

“There's hardly been a week this year that we haven’t had a country record on our playlist,” said Smith. “Through the CMA [Country Music Association] and artists’ own endeavours, they are reaching out to a broader audience.

“It’s getting exciting in country music, because it's managing to cross out of its traditional areas, and yet people like Luke Combs are quite traditional and have that great songcraft. One side of the genre is becoming more country, and the other side is going more country pop. Because we're such a broad church, we can do both.”

It’s getting exciting in country music, because it's managing to cross out of its traditional areas

But Smith questioned the ability of streaming services to help discovery of country artists among a wide audience.

“It’s very difficult thing to replicate, it’s people stumbling over music,” he told Music Week. “Radio 2 and big mainstream stations can play a hit record, then a new country song and then a soul classic. We increasingly see that discovery is so much more a part of the experience for listeners, whether they’re consuming it by BBC sounds or listening to it live on Radio 2.

“There’s always going to be a way of finding music, whether we’re curating it from the music team at Radio 2, or the producer or the presenter of the show is curating it. It's offering human curation to find music on the radio, and I think that's something that's going be really hard to replicate. It’s something that streaming companies are going to try and do more and more, but it's a difficult thing. We do have a real opportunity with BBC Sounds and Radio 2 to do something quite important in a supportive way for genres like country, jazz and folk.”

While Radio 2 and presenters including Bob Harris have been long-term supporters of the genre, the network now has direct competition from commercial broadcast rivals.

“I think it's really good,” said Smith. “There are excellent offerings from Bauer with their Country Hits and Chris Country's always been excellent. They do a really good job for the fan, they also perhaps introduce a wider audience who just want to hear a music mix of country. So it's always good to have competition.

“We’re different from either of those stations, we are about the music but not just pure music. So there’s a lot more to Radio 2 than just country music or one particular genre. I do see the appeal of those stations. I see how well they are crafted as well. It’s good for the genre.”

Smith stressed that the Radio 2 will continue to back UK country artists.

“We were the first radio station to support The Shires in 2015,” he said. “We’re finding and supporting artists like Catherine McGrath and Twinnie, and still looking for artists –it's just a case of finding those unique ones who really stand out.

“It's tough because there's so much great music coming from Nashville and the States, so to find UK [country acts] that really stand the test of time is always going to be challenging. But it's part of our job to support UK music.”

To read the full report on country music in the UK, subscribers can click here.