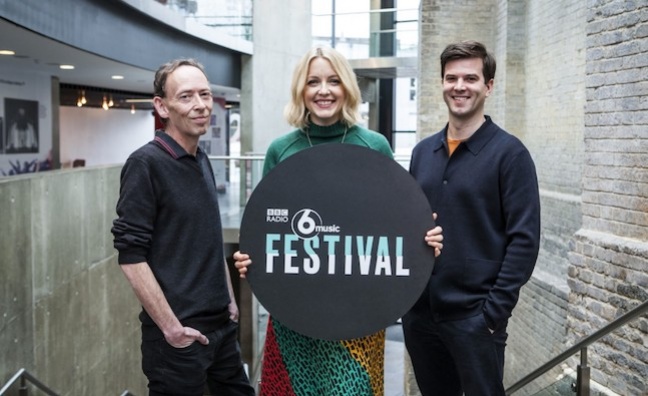 In the latest issue of Music Week, our RAJAR analysis reveals how the station fared against its rivals.

The digital-only network received a RAJAR ratings boost in Q4, with an 8.4% year-on-year increase to 2.49 million weekly listeners. It meant that 6 Music was No.1 digital station again after losing out to Kisstory for two quarters.

“It’s mainly down to the consistency of the presenters turning out really good, well-curated, thoughtful music radio, and that’s reflected across the board in this RAJAR book,” said Rodgers. “6 Music is a really great way for people to explore music. We can be trusted in that respect.”

Last year Rodgers implemented an overhaul of its schedule, which resulted in some audience churn. But it’s now not far off its record ratings of 2.53m.

“There have been significant changes, but they’re the same presenters that 6 Music has relied on for a long time,” said Rodgers. “We’re trying to build on our existing strengths, so that we can carry on reaching a broad range of listeners.”

The shuffling of presenters included Lauren Laverne’s move from mid-morning to breakfast a year ago.

“It occupies a space in the breakfast show market that is about music exploration and music discovery, it’s very distinctive in terms of what it does,” said Rodgers.

The key thing for us is that we are distinctive, that we do the job we’re here to do, which is explore music

The station boss is confident that 6 Music can now reach new listening peaks. It will raise its profile on BBC iPlayer and BBC Sounds next month with the 6 Music Festival in Camden (March 6-8).

“The key thing for us is that we are distinctive, that we do the job we’re here to do, which is explore music,” said Rodgers. “I’m sure we can grow and reach new audiences.”

6 Music is nominated in the Radio Station category at the Music Week Awards, while Laverne and Steve Lamacq are up for the Radio Show trophy.

To read the full RAJARs analysis pick up the latest issue – or subscribers can click here.