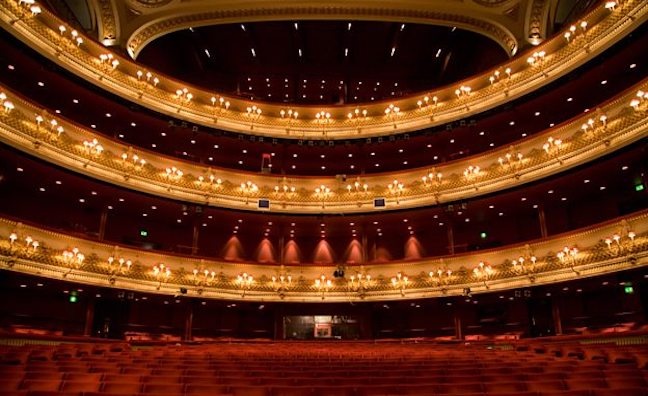 The BBC’s Culture in Quarantine, which was launched to keep the arts in the homes of the nation during lockdown, will now be extended, with a range of musical performances and hundreds of hours of archive classical music content also being released online.

In June, the Royal Opera House will have its first performances since lockdown with Tony Pappano. BBC Radio 3 will broadcast the first concert and BBC television will broadcast highlights from all three concerts, following a rebroadcast of Pappano’s Opera Italia series.

In addition, there will be documentaries including Sheku Kanneh-Mason and his family in a BBC One Imagine presented by Alan Yentob, which culminates in a concert given from their home in lockdown.

It follows the socially distanced, specially staged, Wigmore Hall live classical concerts, which have been broadcast around Europe. BBC Radio 3 has confirmed it will return to Wigmore Hall in the autumn. The station will also cover other events elsewhere in the UK in the summer and autumn, with the aim of putting on more specially staged live concerts.

Tony Hall, BBC director-general, said: “The pandemic has had a severe impact on the UK’s creative industries, which prior to lockdown were worth £100 billion per year. The BBC wants to do all it can to bring British Creativity to the widest possible audience. That’s why we are working with cultural organisations and artists to make that happen.”

The next phase of the programme will see music programming within the social distancing guidelines. In September, the BBC will build on the collaborations in the cultural sector over the lockdown period by releasing a wealth of archive classical music content.