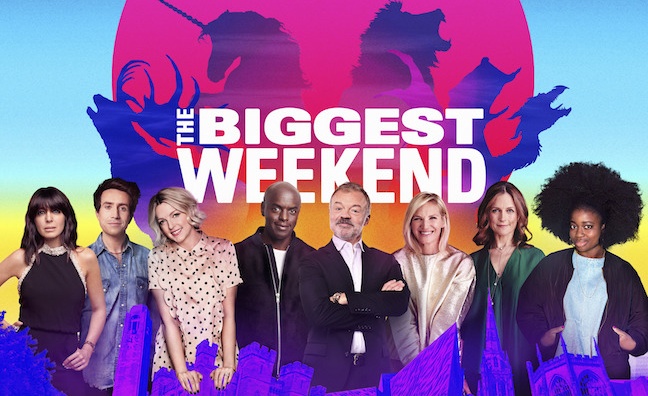 The BBC has revealed its plans for broadcasting The Biggest Weekend across TV, radio and online.

Staged over the May bank holiday weekend (May 25-28), The Biggest Weekend is the BBC’s biggest ever popular live music event and takes place at four sites, in four nations, over four days. It will feature performances from over 100 artists across nine different stages with over 175,000 tickets available to the public.

Performances will air on BBC One, BBC Two, BBC Four, Radio 1, Radio 2, Radio 3, 6 Music and the live and on demand stream on BBC iPlayer.

Radio 1, Radio 2, Radio 3 and 6 Music will all host live shows from the four cities.

The BBC will also be streaming 120 hours of music with performances from all nine stages in HD, available to watch on BBC iPlayer.

Bob Shennan, director BBC Radio and Music, said: “No one does music like the BBC - across TV, radio and online we’re bringing the UK nations together to enjoy a musical celebration unprecedented in its scope, scale and range of artists.”

The Biggest Weekend TV coverage is being produced by BBC Studios. It is commissioned by Jan Younghusband, head of commissioning BBC Music TV, and overseen by Mark Cooper, head of music television for BBC Studios and Alison Howe, executive producer.