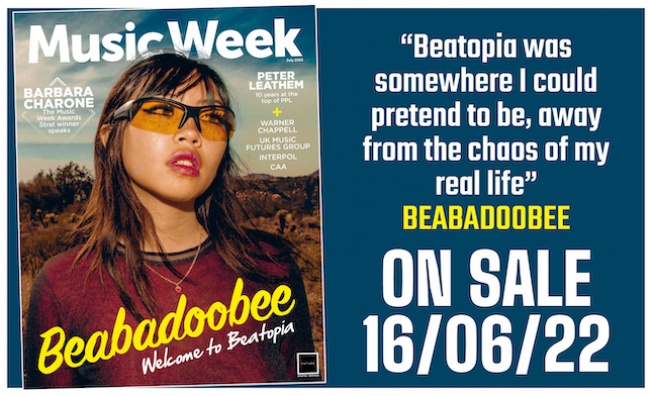 Beabadoobee is Music Week’s brand new cover star. In an epic interview, Bea Laus tells the story of Beatopia, her eagerly anticipated second record for Dirty Hit. The 22-year-old explains how what started as a figment of her childhood imagination has become a vivid indie rock record that reveals more about its maker than any of her previous releases.

Its release signals the next chapter for Beabadoobee, who is making up for lost time after lockdown restrictions put a temporary stop to her rapid rise. Laus spoke to Music Week on the road in the US, where not even being stuck inside a broken down tour bus could dampen her enthusiasm for her comeback. Dirty Hit and All On Red Management boss Jamie Oborne offered his take on the new era for Beabadoobee and revealed the campaign secrets, while agent Matt Bates opened up about the live plan for the viral star.

Also inside this month, Strat winner Barbara Charone reaches into the vaults to share stories of Keith Richards, Madonna and her legendary music PR career in The Aftershow. Of course, this issue celebrates everyone who won big at the biggest ever Music Week Awards in the form of a gallery that relives the best moments of a huge night that saw Atlantic, Polydor, Sony Music Publishing, Neighbourhood Recordings, David Furnish and Rachael Paley and many more take home the prizes. 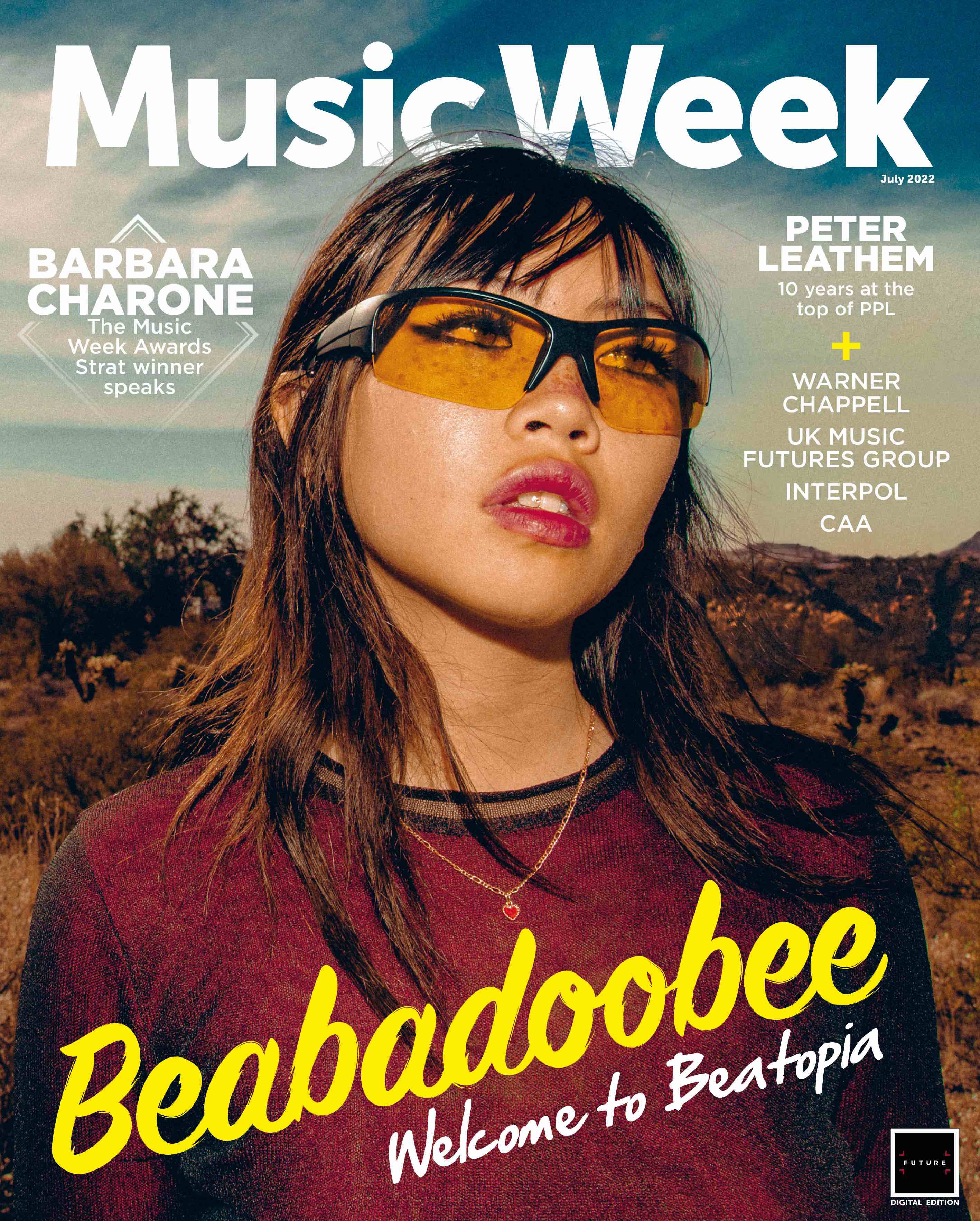 This month’s Music Week Interview celebrates the life and times of PPL CEO Peter Leathem, who this year marks a decade in the top job at one of the most important companies in the business. Alongside an interview that covers the past, present and future of PPL, a selection of leading execs also pay tribute to Leathem’s work.

Also celebrating a tenth anniversary is Maria May, senior agent and head of electronic/international at CAA. In our interview, May talks candidly about the impact of Covid on her business and appeals to both the music industry and government to recognise the value of the night time economy. What’s more, May tells us about her role as a campaigner in music and beyond and calls for a fairer, more equal future for all.

Elsewhere in features, we profile Amanda Maxwell to find out how UK Music Futures Group is shaping the next generation of the business. Plus, we meet execs Meenal Odedra, Frank Hamilton and Preye Crooks to hear about their roles in the project.

Also this month, Warner Chappell Music UK MD Shani Gonzales and head of A&R Amber Davis put their heads together to tell us how the publisher became a hub for Afrobeats talent and has established strong links between London, Lagos and beyond. They reveal the reasons why Afrobeats wields such influence over UK music culture and expand on how they’re helping it to flourish ever further.

Completing the features line up is one the most important indie rock bands out there. As Interpol prepare for the release of their seventh album The Other Side Of Make-Believe, we meet Paul Banks, Daniel Kessler and Sam Fogarino, plus Chris Lombardi and Alex Keague-Davies of Matador and Red Light Management’s James Sandom, to discuss every detail of a remarkable record. Our feature digs deep into the New York trio’s longevity, not to mention their indelible impact on guitar music.

In Hitmakers this month, We speak to James ‘Yami’ Bell about the story behind Tiësto’s 2020 smash hit The Business. The latest edition of Mentor Me - a collaboration between Music Week and Girls I Rate - sees Amazon Music UK’s senior artist relations manager Dellessa James offer up words of wisdom and advice for aspiring artists.

Stem CEO Milana Lewis is in this month’s Spotlight Q&A, delivering a packed interview in which she expands on the future of her business and the changing role of tech in the music industry.

On The Radar this month is breaking UK R&B talet Bellah, who speaks frankly about her musical ambitions, the genre she loves and why she won’t stop working until her musical idols become her peers. In Making Waves, we meet 4AD’s new signing Bartees Strange, who tells us why signing to the legendary indie label has made all his dreams come true.

Our latest Rising Star is Parlophone up-and-comer Michael Oyediran, while taking on The Big Question ahead of a summer packed with festivals is the AIF’s Paul Reed.

Start Me Up introduces Web3 newcomers Marine Snow, while In Pod We Trust profiles Gigomi, a podcast for industry hopefuls.

Sammy Andrews’ Digital Discourse column discusses the boom in song management and catalogue acquisitions, and Mark Davyd’s newest Centre Stage missive spells out exactly how important the closure of North London venue Nambucca is to the future of the industry.

The new issue of Music Week is available from June 19.