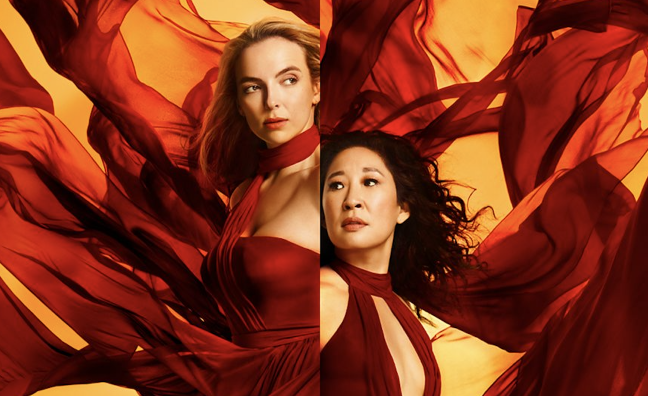 Every time a series of Killing Eve comes to an end, the question most fans are asking is, ‘When’s the next one coming?’

Well, with season three now over, Music Week has spoken to the pair behind the show’s soundtrack – music supervisor Catherine Grieves and David Holmes of Unloved – and their answers only serve to stir up the mystery that shrouds the show when it’s off-air.

“I wish I could [tell you],” says Holmes, cryptically.

Whenever it arrives, you can guarantee music will be at the centre of proceedings. Since series one, Grieves and Holmes have enjoyed crafting a soundtrack to match the intensity and darkness of Killing Eve’s bloodthirsty storyline, showing new possibilities for syncing music to picture in the process. And, fortunately, they’re far more forthcoming with Music Week’s other questions as we reflect on series three…

Now you've got three seasons to reflect on, can you sum up how important the music is to Killing Eve?

Catherine Grieves: “We set out on the first series with the intention to make the soundtrack bold and exciting, and we try to keep developing and pushing that further each time. The music is such an intrinsic part of the aesthetic of the show, but also feels like its own character, almost like an inner voice for Eve and Villanelle. It’s hard to imagine the show with a different soundtrack.”

David Holmes: “It’s fair to say the music is very much a huge character in the show. It gives the show an edge, which in turn makes it feel different to any other shows out there. It’s quite unique in that sense.”

What were your favourite musical moments from the series?

CG: “I love the Unloved cover of This Strange Effect by The Kinks in episode three over ‘the kiss’. David sent me The Kinks’ version last summer as an idea for this series, and when I read the script it felt like it could be the perfect song for that moment. Raven Violet, who usually sings backing vocals for Unloved, recorded the lead vocal – she has a purity to her voice that worked so well. I also love Tiptoe Through The Tulips by Tiny Tim in episode four, as Villanelle chases Bertha through the garden and murders her – it’s a great combination of weird, dark and funny.”

DH: “The clown sequence in episode three is wonderful. I remember dropping in Danger by Unloved and the only thing I had to do was mute some vocals, other than that, it fit like a glove. No editing required, it was a magic moment.”

What does your work on the show say about the possibilities that exist for modern TV shows and their music?

CG: “There are so many possibilities, and Killing Eve is a great example of how doing something a bit different and unexpected with music can elevate a show, but we need a creative team of producers, writers and directors who support those ideas. The writing and directing gives us space to be bold with the music, and we have creative freedom and trust.”

DH: “There’s so much unchartered territory to cover in music for TV and film, but you need great directors, writers and producers who want to explore these new ideas. There’s a freedom and trust we have that gives so much confidence to experiment which leads to a very enjoyable creative process.”

How intense is the musical process for the show?

CG: “Killing Eve is a lot of fun to work on. David and I are usually on the same page in terms of the music that we love and think will work best, so it’s a great collaboration. We’re always thinking about and listening out for new ideas, so by the time we start work on each series we’re raring to go with playlists. We like to find music from the different countries that the show visits – in series three we went to France, Spain, Poland and Russia – and we get a heads-up in advance so that we have plenty of time to dig out some obscure foreign language gems that have become synonymous with the show.”

DH: “You could say I’ve been working on these shows and films my whole life without knowing it. Having a huge archive of brilliant records helps a great deal, as do good ideas. The producers, writers and directors make it easy for us as they usually get behind our ideas.”

What have you learned about yourselves and your careers from working on Killing Eve?

CG: “It has been a great experience, I’ve learned a lot about the power of a successful creative collaboration and how that leads to everyone’s best work.”

DH: “I have always considered myself extremely lucky to have collaborated with very open-minded people. It should never be a job that’s taxing because if you’re enjoying yourself, that instils a confidence that leads to a much healthier creative process.”