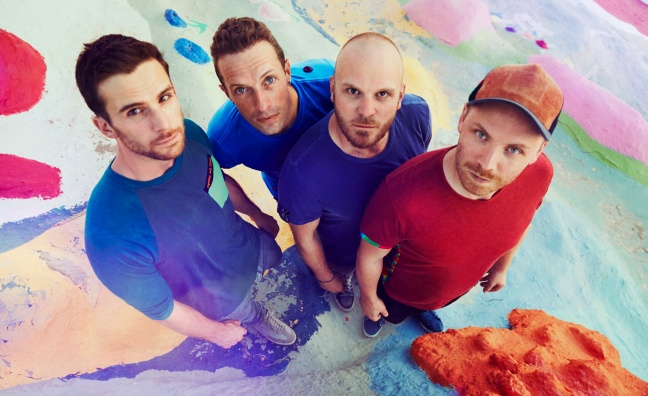 Coldplay star Chris Martin has joined forces with UK Music to spearhead its campaign to end discrimination against self-employed parents in the music industry.

An official press release stated: “The singer is backing efforts to convince the Government to urgently update shared parental leave and pay rules to include self-employed parents in the creative industries and across the workforce.”

Almost three out of every four people are self-employed in the music business yet, at present, self-employed parents have no way of sharing parental leave in the same way as other workers. Changing the rules would allow parents greater flexibility over childcare decisions, help close the gender pay gap, enable mothers to maintain successful careers and give fathers the chance to care for their children.

Speaking about the campaign, Coldplay frontman Chris Martin said: “There is no shared parental leave and pay system in place for self-employed parents. That makes it really tough for many of our freelance colleagues and crew when they have children. Let’s change the law so that self-employed mums and dads can choose when to take parental leave.”

UK Music CEO Michael Dugher added: “It’s fantastic to have the support of Chris Martin and Coldplay. Self-employed parents working in music and across the creative industries are getting a raw deal. Changes are badly overdue. UK Music has long supported the #SelfieLeave campaign to help parents and carers working in our industry by extending shared parental leave to the self-employed. There is clearly growing support across Parliament for this change and we are grateful to MPs like Tracy Brabin and Jo Swinson who have led the way on this agenda. UK Music will be taking this campaign to the Conservative, Labour and Lib Dem conferences.”

He added: “We hope Prime Minister Boris Johnson and all political parties will embrace this call for equality to help us continue to grow a music industry that contributes £4.5 billion to the economy.”

Music Producers guild executive director and founder of Parental Pay Equality, Olga Fitzroy, said:  “The present antiquated system means we are losing far too much talent because women continue to be penalised under the current unjust rules that force them into being the main care-giver. Women are woefully under-represented in music production and other freelance industries.  That problem and the continuing issue of the gender pay gap will only be properly addressed if the Government gives self-employed parents the chance to balance care-giving for their children with their careers. I hope we can use these events at the party conferences to press home the message to politicians from all parties that changing the rules to help self-employed will not only be a huge help to parents, but also a great boost to the talent pipeline of our fantastic music industry.”

As part of its campaign, UK Music has unveiled a line-up of panelists for the 2019 party conference season to focus on the challenges facing self-employed parents in the music industry.

UK Music’s programme for the party conference season includes three panels entitled We Can Work It Out: #Selfieleave and the campaign to help self-employed creative freelancers. You can see details below: