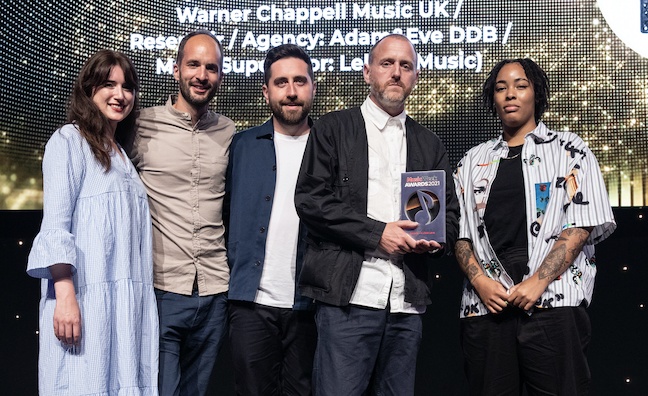 Celeste wrote A Little Love alongside previous collaborator Jamie Hartman for the department store's famous festive slot in 2020, in the lead up to the release of her debut album. In doing so, she became the first act to write an original song for the ad, which is usually associated with high profile covers.

And with the pressure on after the pandemic delayed her record and put the brakes on one of the most aniticpated campaigns for a breakthrough British artist in recent years, the song delivered.

A Little Love has 85,003 sales to date, according to the Official Charts Company, and has been streamed 4,122,046 times on Spotify. The Polydor act's debut album topped the charts in its wake, as Celeste went on to enjoy more sync success. Another original compostion, Hear My Voice, from the Netflix film The Trial Of The Chicago 7, was nominated for a Golden Globe.

Why do you think Celeste’s sync won this award?

Ed Bailie: “It’s down to artistry. Celeste absolutely smashed it, not only performatively but creatively, writing something which span a new direction for a brand that has built a lot of heritage in modern times for doing covers. She broke the wheel on that and moved in a new direction, and you can’t do that without writing something that within itself is a classic. To create a modern classic is no easy task.”

Where did the idea come from to create an original song?

EB: “It came from the ad agency, Adam&Eve DDB and their team. They wanted to move on from previous things while keeping the best bits of the past.”

Adam Gardiner: “And they really did their homework on Celeste as well. They knew what they wanted from her because they’d listened to her music and they were huge fans. Also, that song, at that time, it was at the end of an awful year and it was a beautiful song that everybody could relate to and get excited about.”

Andrew Howell: “Celeste and Jamie Hartman had such a clear understanding of what they wanted to deliver in the studio when they wrote that song, the performance, the writing, the creative and everything was just perfect.”

What did it do for Celeste and her record campaign?

AG: “It was invaluable and it kept her present, with the campaign that the label had put together. She’s just an extraordinary artist. John Lewis was the big notable placement, but there were some other moments in sync as well. She’s one of those artists that comes along every so often, her music lends itself really well to picture and she’s brilliant. It’s one of those really, and it just worked. There’s not that many artists that could do that. She’s a special one.”

EB: “As an outsider who doesn't get to work with her every day, when we were working on this campaign I could tell, she drips enthusiasm and talent and she has this singular vision. She knows what she wants and she knows how to create it. She’s really special, there’s something really unique there.”