George Ezra stars on the cover of the new Music Week 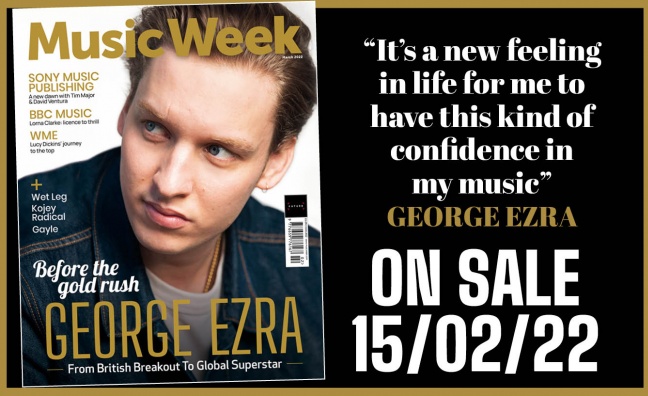 This month, Music Week is proud to present the full story of one of the most eagerly anticipated comebacks of 2022, as George Ezra stars on the cover of our March issue.

The Columbia star – who topped the million mark for both of his previous albums and, in Shotgun, released one of the biggest UK singles of the modern era – is poised to return with Gold Rush Kid in June, and we have full details on a blockbuster campaign. Last time out, we named him Artist Of The Year, and this campaign promises to be even bigger.

"It's a new feeling in life for me to have this kind of confidence in my music," Ezra tells us, opening up about the inner workings of the mind of a pop superstar. With his comeback single Anyone For You currently riding high at the top of the UK airplay chart, his return is in full swing, and our piece has every vital detail.

Of course, Ezra is far from the only superstar in this month's issue.

The subject of our latest Music Week Interview is BBC pop controller Lorna Clarke, who burst onto the scene at KISS in 1990. Since then, she has gone on to become one of the most influential music and television executives in the game, winning a place on the Music Week Women In Music Roll Of Honour in 2019. Music Week meets her to reflect on the seismic changes she's made in her position at the BBC so far, where radio goes next and much more.

Also in our features section, we sit down with WME's co-head of music Lucy Dickins, who reflects on her rise to the very top of the live sector and talks all things Adele ahead of this summer's UK return at Hyde Park. WME acts enjoyed huge success at The BRITs this year, with Adele taking home three awards, while fellow WME acts Dua Lipa, Olivia Rodrigo, Dave, Holly Humberstone, Sam Fender and Silk Sonic were also among the winners. Alongside Dickins, we meet two of the stars of her UK team, agents Craig D'Souza and Whitney Boateng. 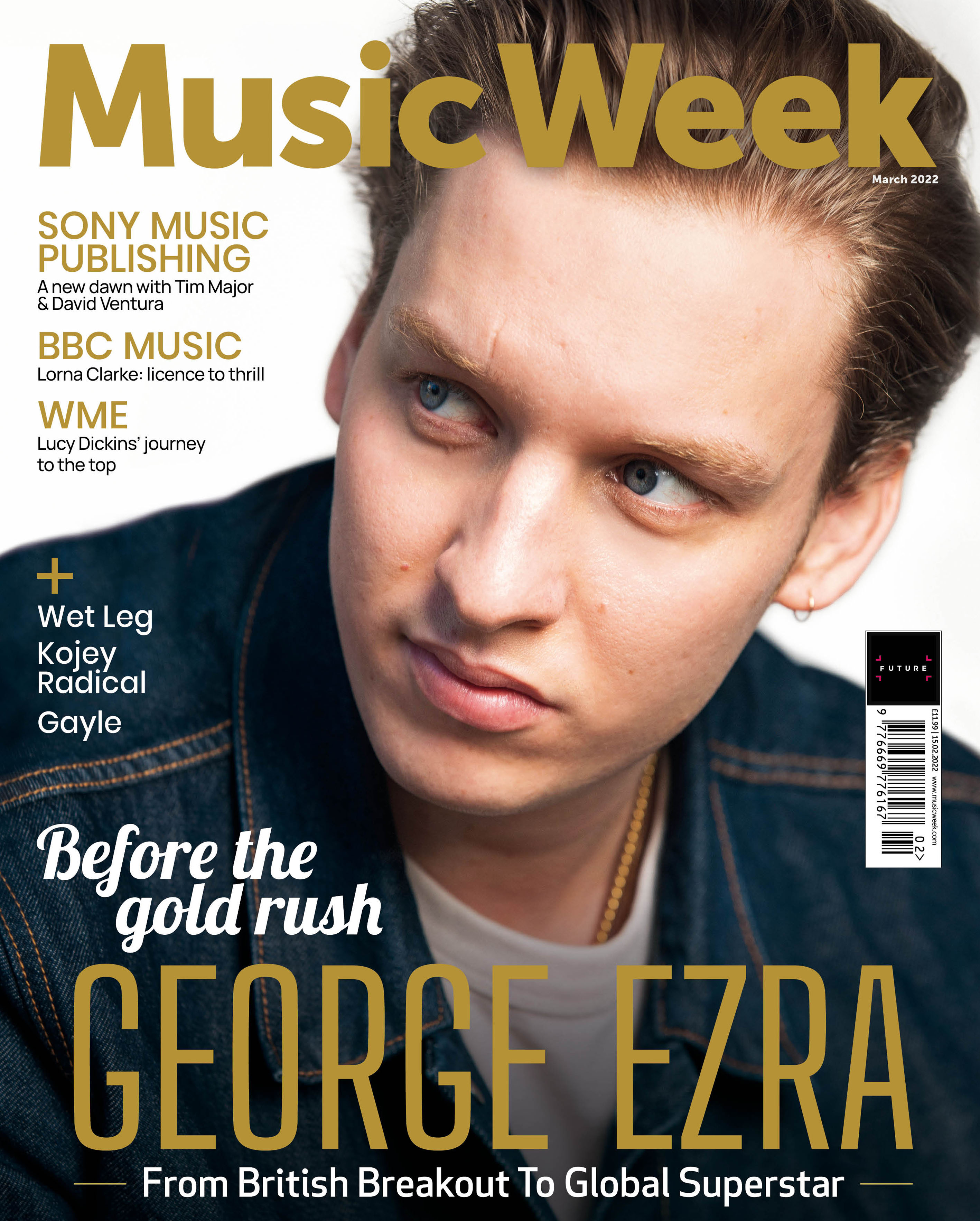 It's been a year now since Sony Music Publishing unveiled its big rebrand, and we mark the occasion with a first in-depth profile for the company's UK leaders Tim Major and David Ventura, who are joined by new signing and emerging star Lola Young to paint a portrait of a Music Week Award winning publishing business with an invigorating approach to hitmaking and boosting songwriters.

Domino signings Wet Leg are on the crest of a wave, tipped by many in the industry as the most exciting new band of 2022. Ahead of their debut album, we meet singer and guitarist Rhian Teasdale, alongside Domino’s Laurence Bell, manager Martin Hall and their team, to talk hype, TikTok and how this could be the biggest indie success story of the year.

One of the most progressive hip-hop artists in the UK, Kojey Radical, too, is readying his debut full-length, Reason To Smile. In a revealing feature, we meet the MC, plus John Woolf of A-List Management and Atlantic Records EVP Austin Daboh, to find out their plans to spread his revolutionary message like never before.

In this month’s Aftershow Cypress Hill legend B-Real reflects on his storied career ahead of the group releasing their new album Back In Black. Meanwhile, in Hitmakers, Yeti Beats recounts how he helped guide Doja Cat from unsigned act to global superstar and explains how she hooked up with Sza for the viral, Grammy-nominated smash Kiss Me More...

In the latest Mentor Me page - a collaboration between Music Week and Girls I Rate - DJ, broadcaster, A&R and marketing exec Sian Anderson offers her five top career lessons. Plus, as part of the Key Releases section, Incoming features Kae Tempest who is back with their new album The Line Is A Curve.

In this month’s Big Story, we report on the return of Koko. Following a £70 million refurbishment, the iconic Camden venue will be bigger and better, including multiple performance spaces, livestreaming capabilities and a radio station. And also on the live agenda, with Country To Country Festival being staged at The O2 next month after a three-year absence due to Covid, Music Week looks at the new country stars and opportunities for the genre.

Our spotlight Q&A interview features Michelle Escoffery, president of the PRS Members’ Council, who marks her first year in the role. In a wide-ranging interview, she tackles streaming royalties, diversity and career longevity.

In this month's Rising Star we talk A&R and new talent with Darryl Parkinson, senior A&R manager at Warner Chappell Music UK. Meanwhile Richard Sefton, director of Integral UK, considers the enduring importance and future of the CD format for the Big Question.

In Making Waves we chat to uncompromising noise duo Bob Vylan, and in Sync Story find out how a new Sam Fender track found a place in Stephen Graham film Boiling Point.

This month's Start Me Up features Audoo, whose technology tracks royalties and ensures the right creators get paid. Our featured podcast is Radio 1's Pop 101, and host Scott Mills talks us through his highlights.

Sammy Andrews' regular Digital Discourse column takes a look at e-commerce strategies, and considers why so many in the industry are still failing to maximise the potential of merchandise.

The new issue of Music Week is available from February 15.