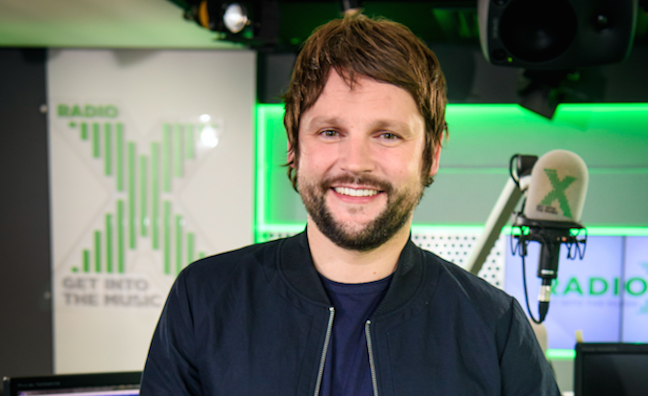 Radio X is losing one of its leading tastemakers after DJ Gordon Smart announced he is leaving his popular evening show.

Former tabloid journalist Smart had presented the Monday-Thursday 7pm-10pm slot since 2017, and also presented a Sunday afternoon show. He turned the evening show into an influential slot, his and X’s support almost single-handedly supporting Gerry Cinnamon on the singer-songwriter's rise to national stardom and attracting star guests such as Noel Gallagher, Biffy Clyro and Richard Ashcroft.

Smart, who has been absent from the airwaves in recent months for vocal cord surgery, announced his departure on social media, saying: “Ian Brown once said, 'Don't be sad it's over, be glad it happened'. I am sad it's over, but I'm so glad my time at Radio X happened.

I’ve got a wee bit of news to share... I’m leaving @RadioX after a brilliant few years working with great friends, bands I love and the amazing extended family who have joined me on the Evening Show and Smart on Sunday since 2011

A Radio X spokeswoman said: “After six-and-a-half years with the station, we can confirm that Gordon Smart won’t be returning to Radio X after taking a break earlier this year due to ill health. We’ve loved having Gordon as part of the Radio X family and we’d like to thank him for his fantastic contribution.”

It’s the latest change at X, which saw popular head of music Mike Walsh step down a year ago. There were no official RAJAR figures released last quarter due to the coronavirus pandemic, but the station said its connected hours were up by 73% and sessions increased 42% year-on-year. X also enjoyed a 27% growth in hours quarter-on-quarter.

A replacement for Smart is expected to be announced shortly. George Godfrey is currently presenting the evening show.