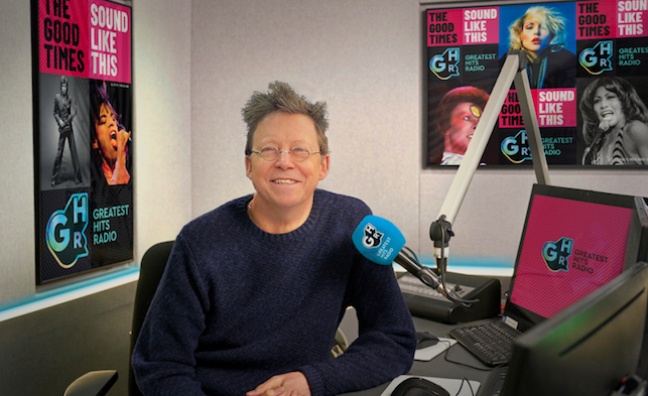 Greatest Hits Radio is set to grow its audience with an FM launch in London from today (May 17).

Two years ago, the Bauer brand extension launched on DAB and digital and it’s already made an impact with listeners.

Following recent national expansion and the launch of a drivetime show with Simon Mayo, Bauer has now secured the 105.8 FM frequency for Greatest Hits Radio in London to complement the brand’s digital availability.

“Making Greatest Hits Radio available on FM in London is a really significant move to build both the station’s reach and influence in the biggest radio market in the UK,” said Stein. “We're always looking at new ways to grow our audiences. Switching Greatest Hits on to FM, we strongly feel will deliver a bigger audience in London.”

The capital has 12.2 million radio listeners, so there’s still a huge potential audience for stations with an analogue frequency.

“There's the opportunity to add more choice in London,” added Stein. “There isn't a station like Greatest Hits [on FM in the capital] and this classic hits format is still the number one format in many cities around the world. It’s also worth saying that Greatest Hits Radio is complementary to [Bauer stations] Magic, Kiss and Absolute in London; it has a very distinctive format and music catalogue.”

Bauer’s Absolute Radio is moving from the FM frequency to go digital only. The Absolute brand, which has embraced DAB and online, has three of the Top 10 commercial digital networks.

Greatest Hits Radio signalled its ambitions by signing up Simon Mayo to the drivetime show earlier this year.

“It’s going really brilliantly,” said Gary Stein. “People are loving hearing him back on the radio, he's got an army of really loyal fans and interaction for the shows is just incredible. The thing that listeners love is the relationship Simon has with the audience; they're involved and part of every single link in the show. And the way that the team have built the show, there are so many features that listeners can get involved in, such as Drivetime Drama and Confessions, which is back and proving to be as popular as ever.

“We’ve had to bring in a bigger team of producers to cope with the volume of calls, because he is getting an amazing response. It's only been on since March 15, but I think it's landed absolutely brilliantly.”

Simon Mayo made the move internally from Scala, where had a daily show, to Greatest Hits Radio. It means he’s now in competition with his former drivetime slot on BBC Radio 2 (now occupied by Sara Cox). Stein suggested Mayo could attract both former Radio 2 devotees and new listeners.

“We are seeing lots of people coming in,” he added. “There are plenty of new features in there as well. It's a different set of music too, so it's not the same show.”

Stein also highlighted the opportunities for labels and artists to partner with Greatest Hits Radio on catalogue campaigns.

“There’s a huge amount of interest in back catalogue,” he told Music Week. “The amazing thing about this format is how many iconic artists had timeless hits in the ’70s, ’80s and ’90s and they still sound brilliant today, whether that be ELO, Fleetwood Mac, David Bowie or Elton John. So we've got this amazing catalogue of music, and we are working closely with the music industry to shine a light on that catalogue from those decades.”

The station has recently included programming to support releases from Kylie Minogue, Nile Rodgers, Boy George and Queen, who went on to secure No.1 with their live album.

“As the [station’s] coverage continues to grow nationwide, we want to work even more closely with the music industry to deliver big, must-listen moments of artist content for our listeners,” said Stein.

“The other area that we are looking at is live music,” Gary Stein confirmed. “We feel there’s an opportunity and synergy there in terms of working with promoters around some of these live music events.”

While the move to FM may seem counter-intuitive in the digital era, Stein underlined the opportunities for analogue radio, including in-car listening. It comes as Spotify is making a play for streaming on the road with its Car Thing device.