'He has a big passion for bands': What to expect from Greg James on the Radio 1 Breakfast Show 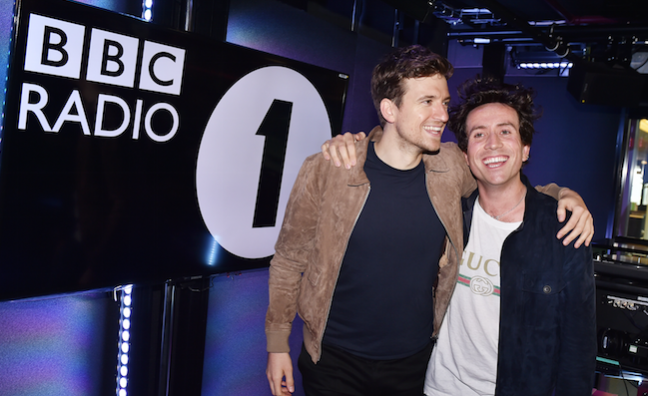 Speaking in the latest edition of Music Week, BBC Radio 1 head of programmes Aled Haydn Jones has said that Greg James will “bring his own angle” to the Breakfast Show when he takes over next month.

Nick Grimshaw, who won back some listeners in the latest RAJAR figures, is stepping down from the show in September after six years. Grimshaw will swap shows with James, who’s been presenting in the drivetime slot on Radio 1.

“It’s about making sure that the show delivers for a young audience,” said Haydn Jones. “The percentage of young audiences that Grimmy has had on the Breakfast Show has always remained high, so he’s genuinely delivered what we’ve asked for. He has decided that he’s had long enough, so it’s really nice that there’s no bad feeling and no negativity around it.”

He described the pair, who have been introducing each other to their respective audiences on air, as “very close”.

“The sensibilities behind Grimmy’s show, about keeping it young and keeping it relevant to a live listen so that it’s not just a playlist of songs that you could get anywhere, will continue with the new show,” Haydn Jones told Music Week. “Greg will bring his own angle to it, and that’s what they’re working on at the moment.”

He also stressed that James, who hosts BBC One live music show Sounds Like Friday Night, will bring a genuine interest in music to the Breakfast Show.

“He has a big passion for bands and has often picked bands from the early stage that he’s championed,” said Haydn Jones. “So I’ve no doubt that he will want to continue doing that on the Breakfast Show. I’d be shocked if he stopped going  [to gigs]. When you know Greg, the passions that he talks about continue off air as well, and that’s the mark of someone who is in it for the right reasons. I think he’d be quite disappointed if this new shift meant he couldn’t go out in the evenings to see bands.”

To read the full interview with Aled Haydn Jones on the future of Radio 1 pick up the latest issue – or subscribers can click here. To subscribe and never miss a big industry story click here.