How BBC Radio 1 is supporting new music during lockdown 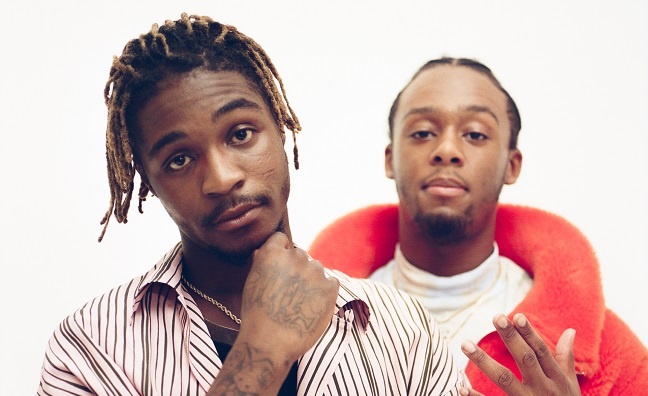 BBC Radio 1 head of music Chris Price has spoken about the station’s commitment to artists and new releases during the lockdown.

It follows Music Week’s revelation from head of programmes Aled Haydn Jones that Radio 1’s Live Lounge Month will return in the autumn, in line with government guidelines on social distancing.

“I’ve now got greater confidence that will still happen,” he said. “It will be big, because the music industry really wants to work with us, and we’re so grateful.”

While the station has adapted its schedule to reflect listeners’ new routines during the lockdown, it’s continued to back new music. It also went ahead with its Big Weekend, staging a virtual edition on May 22-24.

“Yes, we've had to slim down the schedule a bit,” said Price. “But Annie Mac is still on air every weekday evening playing the Hottest Record In The World at 7.30pm, introducing the world to new music. She's talking to people over video conferencing, which is something we've done for quite a while anyway.

“Individual shows have all risen to the challenge of how you make a radio show when guests can’t come into the studio, with fun features like quarantine karaoke on Jack Saunders’ show. There's no shortage of amazing new music coming through. It's still flowing through to the Radio 1 playlist. We are still having a playlist meeting every Tuesday afternoon, finding the best new tunes to put into the mix alongside established artists.”

New playlist additions last week included Katy Perry’s Daisies, Declan McKenna’s The Key To Life On Earth, 24 Hours by Georgia, Better by Jack Garratt and Fontaines DC’s A Hero’s Death. Lady Gaga & Ariana Grande landed on the A list with Rain On Me. New additions on May 29 include Franky Wah's Come Together, Little Simz's Might Bang, Might Not and Mahalia's BRB.

“It's really just about responding to the changing ways that artists are finding to put their art into the world at the moment,” said Price. “We're not really seeing a drying up of music as perhaps some people feared. We’re far enough into lockdown now to see that any concerns that people might have had that music was just going to dry up, and that it would be impossible to record new music or sign new artists, those fears seem to have been allayed.

“I’m really confident that the label and artist community are resourceful and creative enough to find a way to keep the flow of music coming. A lot of music that's come through the Radio 1 playlist in the last six weeks is probably music that was in the can before lockdown started. But we're definitely seeing new music coming through that's been recorded more recently than that.”

Radio 1 is also working on a new wave of Brit List artists, the rising stars supported by the station.

“I’m just thrilled to see that the existing list of Brit List alumni is going from strength to strength,” said Price. “Young T & Bugsey are having an international moment with Don’t rush [feat. Headie One], which is the first real international cut through for an urban Brit List act. Obviously, Lewis Capaldi is probably our biggest international story.”

Young T & Bugsey, who are signed to Black Butter and managed by 2K Management, cracked the US Hot 100 with Don’t Rush, which peaked at No.84.

“Don’t Rush was on the A list for 11 or 12 weeks,” said Price. “We will find a way of reflecting the fact that the rest of the world has caught up with us.”

Price is also hopeful that this period can be a productive time for artists.

“I'm talking to labels and managers every day,” he said. “Different artists, different genres of music are presented with different challenges. So, if you're a band, like The 1975, it probably does make sense as they've done to quarantine together. By the sounds of it, they are having one of the most productive periods of their career, but it does require them all to be in the same place – by definition, they’re a rock band. I think the overarching narrative is that artists are finding new creative ways of working together.”

BBC Radio 1 is nominated in the Radio Station category at the Music Week Awards on September 21.