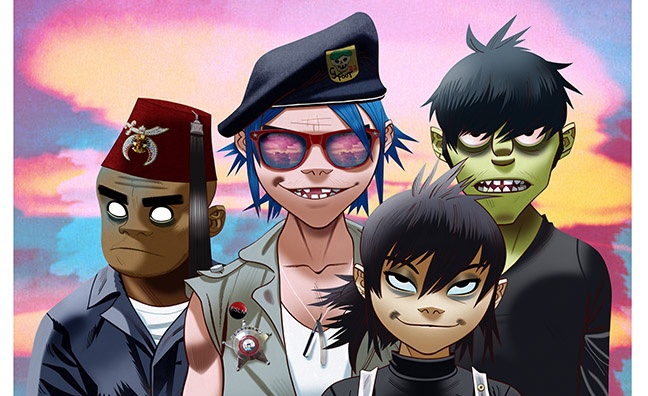 David Mogendorff, artists relations manager at YouTube, has spoken to Music Week about the music biz's growing demand for VR content, having worked with Gorillaz on the ground-breaking video for their track Saturnz Barz, the world’s biggest VR video release to date.

Such was the fervour around the innovative video release that it picked up a record-breaking three million views in its first 48 hours. It has now passed 8.25m views. And according to Mogendorff, its popularity is just the latest indicator that music fans are increasingly seeking music content of a more immersive, technologically advanced nature.

“There is [demand for this kind of content],” he told Music Week. “It's evolving at an incredible rate, as consumers get more used to those kind of experiences and to using [Google] Cardboard and all different types of headsets for music and gaming and other entertainment experiences. We were delighted with the numbers of views the video received, it surpassed our expectations."

Mogendorff also hailed the work being done by Gorillaz production partner Passion Pictures and the capabilities of the Google Daydream VR headset in helping bring to life the artistic visions of artists looking to push the boundaries of audio visual content.

“It highlights the quality of the piece that they made, the creativity and the attention to detail,” Mogendorff said of Gorillaz and Passion Pictures’ work on Saturnz Burz. “The narrative that they produced is second to none, really engaging, far beyond a gimmicky use of 360. It's really central to the whole creative element. They're always a step ahead and they do it better than everyone else, they don't do things which aren't excellent, which makes them a great partner.

While Gorillaz may currently be treading a path all their own, Mogendorff believes it won’t be long until many more catch on and embrace the world of VR content.

“We talk to labels and artists in every market all the time,” he commented. “We're always having interesting conversations with people. We've always invested in partners whether in music or other things to try and help enable new ways of story-telling, engagement and improve the exciting video that's available, live or VR or whatever.”

Though clearly a dedicated advocate of the benefits technological innovation has to offer the music industry, Mogendorff insists that artists and labels should proceed with caution and take sufficient time to consider how exactly the tech will benefit the project.

“My advice to people doing 360 or VR content would be: does it need to be in VR? What is that going to bring to it that it's not going to have otherwise? Similar to live streaming, are you going to use the technology because it has a purpose or because everyone else is doing it and it sounds like the kind of thing you should be doing? If it has a purpose, it's definitely worth it but it took a huge amount of expertise and skill to make [the Gorillaz project] so good.”

YouTube's access to such skills make it a vital partner in such technological innovations - and may even help explain why Warner (which owns Gorillaz's label, Parlophone) reluctantly re-upped its deal with the streaming platform last week, despite ongoing concerns over the so-called 'value gap'. Certainly, the buzz created around new album Humanz helped Gorillaz debut at No.2 last week, moving 44,465 copies.

You can read our exclusive interview with Miles Leonard, chairman of Parlophone, in which he delves into the making of the band’s new album Humanz, here. For the full Gorillaz feature, click here.