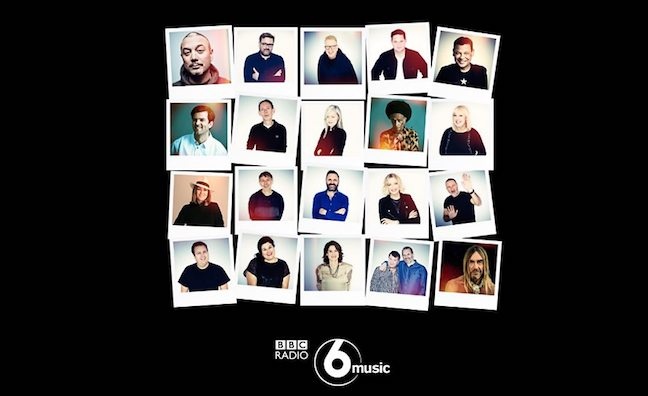 According to the latest RAJAR results for Q1, it has 2.556 million weekly listeners – the biggest audience for a digital-only network. That could grow even further with the expected boost for radio listening during lockdown.

The ratings increase follows the launch of a revamped schedule. Last year the station extended the range and volume of music, with Mary Anne Hobbes’ mid-morning show introducing more dance and electronic music.

So with a big audience and eclectic music mix, can 6 Music still be defined as an alternative music station?

Paul Rodgers, head of content commissioning at 6 Music, acknowledged the clear contrast between daytime shows, such as star presenter Lauren Laverne (who had record RAJARs of 1.3m), and evening shows from Marc Riley, Gideon Coe and Tom Ravenscroft.

“To some extent there will definitely be a different audience, because you can’t really have a station as broad as 6 Music is and expect everybody to like every single bit of it,” said Rodgers.

Of course, daytime and evening radio shows have always done a very different job. But unlike more formulaic networks, 6 Music daytime presenters – including Steve Lamacq, Mary Anne Hobbs and Cerys Matthews – can stamp their mark on the music selection.

“We are a very highly curated music station,” said Rodgers. “From the daytime into the evening and into the weekend, 6 Music presenters have a very big say in the music that goes into their shows. So that kind of variety, I think, will certainly mean you have favourite broadcasters.

“I’m glad that 6 Music is always trying to better its musical self, because music doesn’t stop developing, it doesn’t fossilise. People who are curious about music want us to reflect the development of music and reflect the music that there is to be shouted about.”

“The point is valid that 6 Music has got great breadth of music and definitely some of it will appeal to some people more than others,” said Rodgers. “But that’s we're trying to balance, this is a broad music station. That’s the job that we do.”

The station also made a connection with indie retail customers, with its support for the Record Store Day Fill The Gap campaign credited with boosting sales. Fans were urged to buy one vital record missing from their collection on the day.

“That helped in a tangible way raise the profile of a retail sector that is particularly relevant to our audience,” said Rodgers. “It felt really connected to the community.”

A decade on from an abortive plan by BBC bosses to shutter the station, 6 Music is clearly performing strongly. Rodgers stressed that the network is complemented by other stations from the BBC.

“BBC pop radio has really shown collective power,” he said. “We can see the value of the radio portfolio, you can see the way each station has its own distinctive voice and can serve the needs, the mood and the taste of a particular audience.

“At the minute, that is of particular value because, frankly, many people are spending a lot more time than they would ordinarily like to in their home and they’re listening to the radio. So its fabulous we’ve got this portfolio to draw on.”

Subscribers can click here to read our Q1 RAJAR analysis.