"It's inspiring to see so many people support us": Heavy Metal Truants to embark on 10th annual charity ride 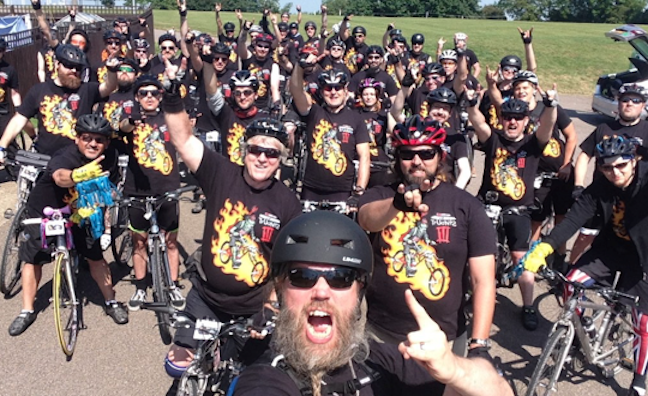 This week not only marks the return of Download Festival, but also The Heavy Metal Truants' charity cycle challenge.

The challenge has raised over £1M to date for four children charities: Teenage Cancer Trust, Nordoff Robbins, Childline, and Save The Children. It began in 2013 and was nearly shut down by the pandemic but went virtual and now welcomes virtual walkers, runners, and cyclists to join them from all over the world alongside the Download ride.

Speaking about the challenge's 10th anniversary, Milas said: "It’s the rules of the mosh. When someone’s down you pick them up – that’s metal, and that’s charity. These are troubled times, but helping kids seems like one thing we can all agree on, and it’s really inspiring to see so many people come together to support us."

Earlier this week, The Heavy Metal Truants picked up the H award at the Heavy Music Awards in recognition of making the rock and metal scene a positive place.

Their fundraising activities will continue later this year with their well-received Monster Rock Auction which have seen generous donations from Queen, The Who, KISS, and more, as well series of Heavy Metal Curries with have included music luminaries Danny Bowes and Luke Morley of Thunder, Scott Gorham of Thin Lizzy, Devin Townsend, and Mick Box of Uriah Heep.

To donate or find out how you can join or help the Heavy Metal Truants, head to www.heavymetaltruants.com

Iron Maiden return to headline Download festival – alongside Biffy Clyro and KISS – this weekend. You can revisit our interview with Maiden frontman Bruce Dickinson here, and with Phantom Management's Rod Smallwood and Dave shack here.