'It's vital we continue to fund BBC 6 Music': Industry salutes digital station on its 20th birthday 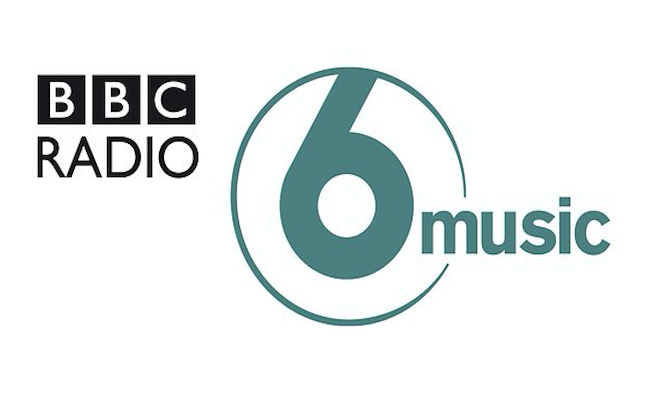 The digital network celebrates its 20th birthday next week (March 11), an occasion that will be marked on air throughout the day by the presenters - Chris Hawkins, Lauren Laverne, Mary Anne Hobbs, Craig Charles, Steve Lamacq and others - with invited guests to revisit key moments over the last two decades.

The BBC is also running a brand campaign across TV and radio to tie in with the 20th anniversary of the station, which bills itself as “the best music beyond the mainstream”.

BBC 6 Music is riding high with 2.6 million listeners in the RAJARs, which makes it the No.1 digital station. But the BBC is under financial pressure with a freeze on the licence fee.

Here, the executives send BBC 6 Music birthday wishes and explain why it’s so important for the music ecosystem and breaking artists…

Hannah Overton, MD, Europe, Secretly Group
“As everyone’s music habits have diversified, 6 Music has stepped in to serve an audience that would have otherwise been lost. Because their drive isn't a commercial one, 6 Music and other BBC stations are able to take creative risks with the music that gets played. Culture only moves forward when risk-takers are rewarded. If the UK is to continue to punch above its weight when it comes to creative arts and music, it’s vital we continue to fund stations like BBC 6 Music.”

Culture only moves forward when risk-takers are rewarded

Jeff Bell, GM, international, Partisan Records
“The fact that many, if not most, of the independent artists 6 Music supports continue to appear towards the top of charts week on week is testament to what they've been able to achieve in that time. And like all cultural outlets, staying relevant means constantly evolving to reflect the changing culture around it. I'm excited to see how 6 Music meets that challenge over the next 20 years.”

Alex Keague-Davies, GM, Matador UK
“Having played such an important role for both new music and artist discovery, I absolutely see the station continuing to take and sometimes lead on this responsibility. From the relatively recent station re-jig, it's clear these two elements are at the core of what the station is about, and that's great news for all of us. Here's to the next 20 years!”

Steve Pitron, SVP Island Records & promotions
“I have always had a soft spot for 6 Music. It was one of the first radio stations (and the first digital station) I was given to work on my own when I started out plugging national radio. Lauren Brennan [editor, music team] deserves a shout-out for being there since day one and always taking the time to give detailed and constructive feedback, which is hugely helpful. I have enjoyed seeing the station grow and evolve over the last 20 years. Its schedule really does reflect a station that knows its audience, but that isn’t afraid to diversify and push boundaries. 6 feels every bit as important and relevant now as it did in 2002.”

Toby L, co-founder, Transgressive Records
“It's achieved such an influential place in promoting alternative voices - celebrating various cultures and helping popularise them without dilution or compromise. 6 provides humanity and heart to great songs and important ideologies. Its output is meaningful and enthralling. In a world where everyone is competing for attention, its purpose becomes more and more potent and vital for platforming great artists.”

Sam Potts, VP, promotion at AWAL
“6 Music has never sounded so good. The recent changes to the presenter line-up and schedule more closely reflect the diverse audiences the station is there to serve. The independent artist sector is the fastest growing part of the music industry, and I expect 6 Music to continue to play an important role in supporting a new generation of artists coming through.”