John Craig OBE to stand down as BRIT Trust chair 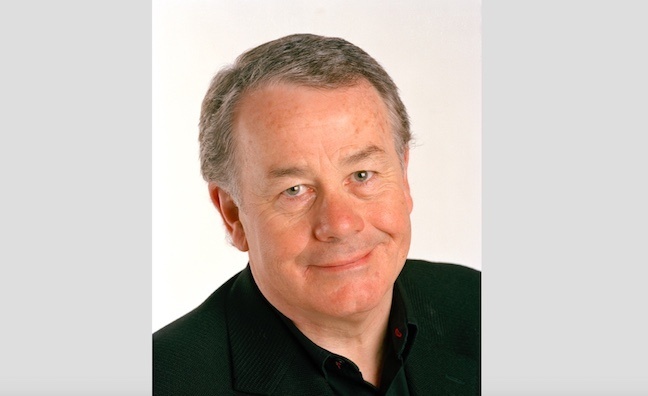 The BRIT Trust has today (November 10) announced that John Craig OBE is to stand down as its chair.

Craig first became a BRIT Trust trustee in 1991 and was voted its chair in 2003. He was part of the core team that helped to raise the initial investment for The BRIT School in 1989 – the same year The BRIT Trust was itself founded.

Craig, who first joined the music industry in August 1960, is a long time governor of the BRIT School, joining in 1990 and chairing its finance committee for 22 years, and he was also a BPI Council member – becoming its longest-serving label representative when he stood down after 28 years in 2016. In 2010, Craig was awarded an OBE in the New Year’s Honours for services to music and to charity.

Sir Cameron Mackintosh said: “I have known John for over 35 years, ever since he committed to recording the original cast album of “Les Miserables”, even before the show had transferred to the West End, when its future was very much in jeopardy – it turned out to be a far from miserable decision and led to decades of success together with First Night Records. His running of that company was a marvellous testament to his professionalism as a record company executive. However there is another side to John and that is his generosity of spirit and the sheer amount of time and advice he has given and still gives to a whole range of organisations – the BPI Council, The BRIT School, The BRIT Trust. He received his OBE for services to both music and charity and that speaks volumes about him. He has served The BRIT Trust as chair magnificently for the last seventeen years and has been a Trustee for 30 years.”

It is now time for me to move on, but I am particularly proud of the work that we have done and the organisations and charities that we have supported in my time

Speaking about his decision to stand down, John Craig OBE said: “I have been privileged to serve the Trust for well over two decades, including the last seventeen years as its chair. I have had the most wonderful, rewarding time, but made my mind up to step down at the beginning of the year. Over the past 12 months we have done a great deal to refresh the work of the Trust – bringing in new trustees and re-organising its committee structures to better reflect the fundamental changes taking place both within our industry and more broadly across society. It is now time for me to move on, but I am particularly proud of the work that we have done and the organisations and charities that we have supported in my time. My sincere thanks go to all my fellow trustees for their hard work and support and, of course, for the extraordinary generosity of some 300 artists who have graced The BRIT Awards going back to 1977 and the MIT Awards Dinner since 1992.”

An official press release confirmed that a committee of Trustees has been charged with finding his successor. Craig will continue in his role until a new chair is appointed.

Geoff Taylor, chief executive BPI, BRIT Awards & Mercury Prize, and a BRIT Trust trustee, added: “John has shown a remarkable commitment to The BRIT Trust and to its mission to give opportunity to young people through music, both as chair and before that as a trustee. His work has benefitted a great many important charities, including in particular The BRIT School and Nordoff Robbins music therapy. He will leave an enduring legacy for his successor to build on, and as a music community we owe him a debt of thanks and salute his selfless contribution to our industry over many years – including nearly three decades as a BPI Council member.”

To read the exclusive interview with John Craig, subscribers can click here.