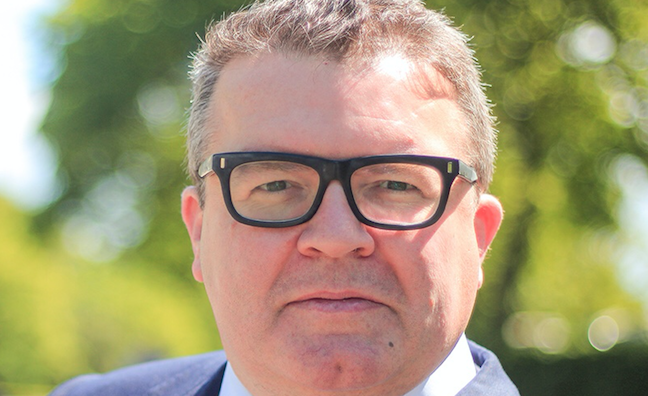 Earlier this week, Music Week heard from the Liberal Democrats’ digital economy spokesperson Lord Clement-Jones and current Culture Minister Matt Hancock about why their respective parties deserve your vote in the General Election. Today, deputy leader of the Labour party, Tom Watson, makes his case for why the music industry should vote Labour at the polls on Thursday.

Having promised a £1 billion Cultural Capital Fund in its manifesto, Watson explains to us why Labour is best placed to bolster the infrastructure of the creative sector over the coming years, whilst also promising to invest significantly in music education to ensure the industry thrives over the long-term…

How will the Labour party back the music and creative industries, should you win the general election on Thursday?
Access to music and the arts is transformational. They broaden our horizons and understanding and bring communities together. They’re also a strong growth sector with the music industry alone contributing £4.1 billion to our economy. Labour understands the power of culture and the arts and will make the investment and support they need to thrive. We’ve pledged a £1 billion Cultural Capital Fund to invest in and upgrade the UK’s cultural facilities. It will be amongst the biggest ever arts infrastructure funds to boost arts, music, theatre and literature and more, readying us for the digital age and supporting our economy. Under the Tories the arts have been one of the first targets for cuts. The Arts Council, local government and education have all had their budgets slashed contributing to the hundreds of millions the Tories have cut from the arts since 2010. We will end cuts to local authorities and through our Cultural Capital Fund, make sure the arts have the support they need to thrive.

How much will you be investing in music and arts education should you be elected?
The Tories have overseen a collapse in creative education in our schools. There are now 600 fewer music teachers in our schools than there were in 2010 and the numbers of teaching hours of arts subjects has fallen by nearly 38,000. Labour will change that by revamping the EBacc and putting creative subjects at the heart of the curriculum. We’ll also introduce an arts pupil premium to every primary school in England – a £160 million per year boost for schools to invest in projects that will support engagement in creative and cultural activities over the longer term. It’s no coincidence that 75% of classical BRIT award winners attended a private school. It’s unfair and a waste of talent that only well off families can afford to give their children a consistent musical education. Our new arts pupil premium will allow all children, not just the few, to participate in music and creative activities and we’ll use our cultural capital fund to invest in new instruments for music hubs and to upgrade music facilities in state schools to match the level found in many private schools.

How valuable is the music industry to the overall economy?
The contribution of the music industry to our economy and national life is huge. It’s not just about the £4.1 billion it contributes to the economy or the 120,000 people it employs. It’s also about the benefit that comes from more people listening to, playing and making music and the way it allows us to speak to the world, giving us an influence that doesn’t come from military power or economic success, but from the music we make and artists like Adele and Stormzy that the world loves.

What will you do to help support music tourism in the UK with Brexit on the horizon?
Our music and culture are part of why the UK is so popular with tourists from around the world. We’ll invest in the music industry so it has even more to offer visitors from around the world and we’ll make sure that as Britain leaves the EU it doesn’t become more difficult for tourists to come and enjoy our music.

How do you plan to continue the fight against secondary ticketing?
The secondary ticketing market is broken and we will take action to fix it. It’s just not fair that fans do the right thing and try and buy tickets through official sellers only to find tickets immediately sell out and then reappear on tout sites within hours at hugely inflated prices. Campaigns like FanFair Alliance have done a great job exposing these problems. We will enforce legislation to ban the use of bots and implement the recommendations of the Waterson Review to ensure fairness for fans.

Will you be taking measures to protect small live music venues? If so, what will they be?
I saw some of the best gigs of my life at small music venues like The Adelphi in Hull. These venues are important to communities and play a vital role in supporting the music industry’s infrastructure and ensuring a healthy music industry continues in Britain. We know small venues have been disproportionately hit by business rate changes so we will extend the £1,000 pub relief scheme to small venues and review the entire business rates system in the longer run. We’ll also invest in venues through our £1 billion Cultural Capital Fund to make sure they don’t just survive, but thrive.

Sadiq Khan has spoken lots about pushing the agent of change policy to help protect small venues. Is this something you will be looking to drive forward should you win at the election?
Absolutely, introducing an agent of change principle into planning law is in our manifesto.