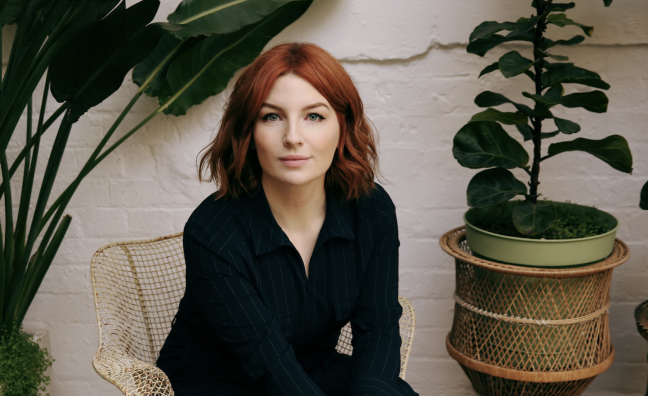 For Alice Levine, the Music Week Women In Music Awards is now pretty much a permanent fixture.

The BBC Radio 1 presenter returns for the fifth time today, as the sold-out event hits The Brewery in London once again to celebrate the achievements women across the music business.

You could say that no one knows this event like Levine, as she’s able to take it all in from her vantage point on stage. This year’s show is set to be as spectacular as ever, with the usual array of awards including Music Champion, Rising Star, Outstanding Contribution, Businesswoman Of The Year and more all set to be dished out. This year’s Roll Of Honour will be out in force, too.

Levine is on hand to get you in the mood…

You must be getting into the spirit of the awards in your fifth year?
“It just feels like one of those things that people really want to come to. Obviously, industry people get invited to a lot of stuff and some of that must feel like a chore and some must feel like an obligation, but with this it genuinely feels like everyone’s like, ‘Right, OK, this is one of the good ones let’s have a great time’. Lots of people work together but don’t see each other regularly, we’re all on email and calls and stuff, but people actually get to touch base properly and re-establish that community. It feels celebratory, almost like a Christmas party vibe I suppose, just maybe a little less messy, depending on your Christmas party…”

Is the music industry making progress with issues around equality?
“This Awards just shows you what amazing work is going on and I’ve said it before, but we want to get to a point where it’s not required, that’s the aim of the game, that we don’t need to mark out a day and rent a big glam space and say look at all these great women in music. But until that day it’s a nice thing to do. I don’t think it’s ever been in question in my mind that there are incredibly hard working, incredibly talented women in music, I’m humbled by it when I stand there and hear what everybody’s been doing, so it definitely has an impact.”

The gender splits of festival line-ups have been in the news again this year, too…
“Annie Mac has been talking about that a lot as a DJ and a woman in music but also as somebody who organizes festivals. There’s been some really good names putting that concern and that campaign on the map. There are always steps forward combined with steps back in other areas, but I’m always inspired by the event so that to me says that we’re doing something right.”

What stands out most about the event for you?
“It’s just the camaraderie, I know it sounds so cheesy and so cliché, but it isn’t just the people who are getting awarded that are the winners. Everybody feels like they’re in this great world, everybody is patting each other on the back and I love that feeling. Not to make it all about me but I leave thinking I’m in a community. You can just feel like an individual bobbing around in a bit of a faceless business sometimes.”

Have you got anything special planned as host?
“My God you’re making me think I should have something up my sleeve! Yes there’s going to be quite substantial pyro! I might do something a capella, there’ll be incredible visuals, I’ve got loads of stuff up my sleeve. Please spread the word it’s going to be a spectacular time.”

* For live coverage of the Music Week Women In Music Awards, held in association with AIM and UK Music, stay tuned to musicweek.com and our social media accounts.