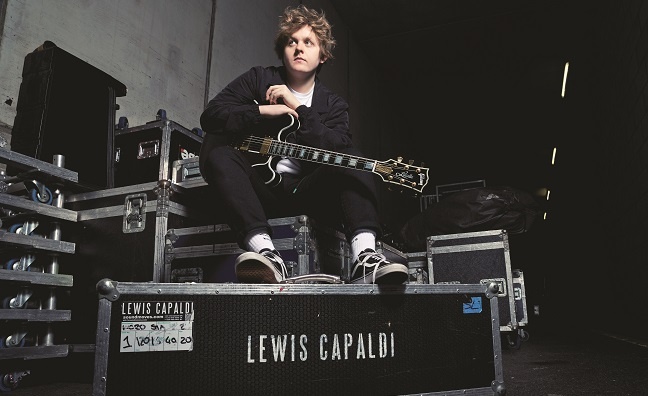 Lewis Capaldi, Daft Punk, Kali Uchis, Neneh Cherry and Sports Team are among a host of acts to have announced new limited-edition releases for the September and October installments of Record Store Day UK.

After the original April 18 date was pushed back to June 20 due to Covid-19, it was elected that the revised 2020 edition would be split over three dates: August 29, September 26 and October 24.

The first RSD Drop took place last weekend (August 29) with more than 200 participating indie record shops. In a one-off move for 2020, indie record stores put remaining product online at 6pm – an official press release stated that “many releases sold out across the UK within the hour.”

Celebrating their first RSD, Ben Soothill & Lou Jackson, owners of Wax And Beans in Bury said: “We are absolutely elated about our first RSD. Feels like half the North West and beyond turned out to support Wax And Beans - it certainly put a beaming smile on our faces greeting people at 6am when we got there, having no idea if anyone at all was going to turn up.”

Speaking about his new RSD exclusive, Lewis Capaldi said: “It’s been class to work on some really different versions of my music for RSD in the past & it’s such a buzz watching everyone go out in the morning that day to try and find the releases! Excited to get this new album colour way out there to support all of the indie stores over the UK this year!”

Sports Team added: “Independent record stores have always felt like a support network. Places you can go when you’re in another city and just chat about music. Venues like Elsewhere in Margate, and Banquet Records in Kingston don’t seem faceless, everyone working there is goes out of their way because they’re genuinely passionate about music. They’re the best gigs too, sweaty community.”

Dave Sheen, EVP product, brand, strategic partnerships, said: "We’re proud to become official partners and supporters of Record Store Day, especially in such a difficult and unusual year for retail. Everyone at Bowers & Wilkins is a passionate music lover, and it’s that passion that drives us to create the finest audio products possible. We want everyone to hear music exactly as the artist intended."

You can read our recent interview with RSD co-ordinator Megan Page here.