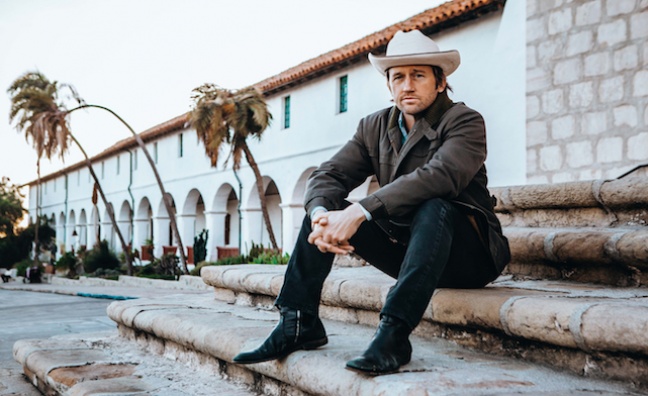 Need something to listen to during lockdown? No problem, let Music Week recommend some key podcasts. Not content with being lead guitarist in Foo Fighters, Chris Shiflett has also hosted his own country/Americana podcast since 2013…

So, had there always been a dormant inner-podcaster in you, Chris?

Chris Shiflett: “Oh God, no! Never! It started as an idea when I put out the Dead Peasants covers record [2013’s All Hat And No Cattle], one of the guys at Side One Dummy was like, ‘You should start a podcast and then you can promote your record.’ I didn’t want to do one of those ‘riffing on pop culture’ ones, that’s for comedians. So, I started doing interviews and I quickly found I really liked doing them – it’s super-fun. Initially it was just, like, if I knew somebody, or knew somebody who knew somebody, I’d call them and see if I could interview them, so I’d get John Doe’s number and call him out of the blue. I cold called a bunch of people and ran through my Rolodex pretty quickly! It took a while but, little by little, we got to know all the publicists that work with all those folks and different managers and now we’re able to get to all the people we want to get to. The best part, man, is that I get pitched by all these people where I’m not familiar with their work. It’s what keeps me getting turned onto new music.”

What was the specific vision behind your podcast?

“Sometimes you have to ask the obvious shit you can’t avoid, but having done interviews over the years, you find you end up telling the same stories over and over. What I try to do is ask questions that people wouldn’t ask in a regular interview. It’s great when you get to do ones like Dwight Yoakam or Marty Stuart, but I love speaking to artists I’ve never heard of. Sometimes I wind up interviewing people and I look on Spotify and it’s like, ‘Holy fuck, they’ve got 10 records – where have I been!?’ Sometimes you don’t want to know too much beforehand – so you can sincerely wing it and see what happens. Well, I’ve never completely winged it, but I have got questions together 10 minutes before!”

Given that you’re also in Foo Fighters, how do you actually make time to record so many podcasts?

“I do as many as of them as I can at home, I have a studio not far from where I live and people come there. And I have a little podcast pack that I take with me, if needs be I’ll do them in a hotel, on a tour bus or backstage. I did once go through a podcast distributor but I didn’t like that at all – I’ll probably never do that again, which means I’ll probably never ever really get big [laughs]. I did it once a week for about a year and that was too much, it was like, ‘I don’t want to be a full-time podcaster’. Now I do it every two weeks.”

“I knew it wasn’t going to happen but there was a slight chance I was going to get Willie Nelson, which of course did not happen. But I have a big long list of questions so I’m ready for that interview when it happens.”

Be sure to read other interviews from our Lockdown Listening series, including BBC Radio 1's Daniel P Carter on his Someone Who Isn't Me podcast and Tolani Shoneye on The Receipts.