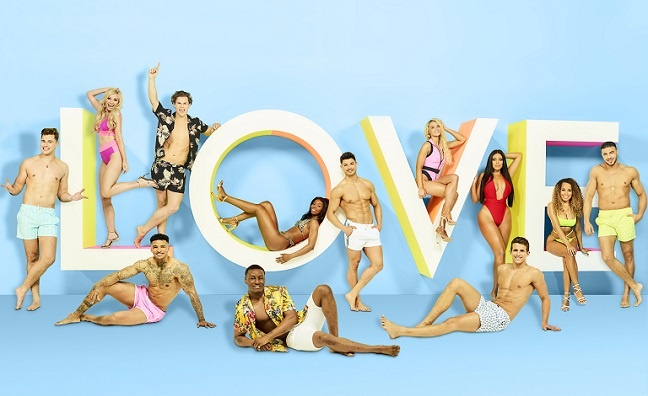 Love Island is back for a new series, as the hit reality show adds a second run to its annual broadcast schedule.

The ITV2 show is already hugely important for the music industry with high-profile syncs of covers and original songs smashing Shazam records.

Love Island will be broadcast weeknights and Sundays at 9pm on ITV2. Last year it launched with 4.2 million viewers.

Love Island is now ramping up the digital music connections with new deals for both TikTok and Spotify. The launch show (January 12) introduced the contestants in the South African resort.

Spotify has an exclusive partnership with ITV to provide the show’s fans with a single destination for the music played in each episode.

The Sounds Of Love Island playlist launch has been coordinated with the first show, and songs will be added from each episode throughout the series. While Shazam is still likely to play a key role in discovery, Spotify looks set to be the platform for viewers who are consistently enjoying the selections of the show’s music team.

Olga Puzanova, UK/IE head of consumer marketing, Spotify, said: “We know how much the British public take Love Island to their hearts: the show is set to be the hot topic this new year, guaranteed to be filling up our feeds and phones and at the heart of conversations in the office, at home, and out with friends over the coming weeks. Our relationship with ITV for series six is a perfect partnership; our official playlist celebrates the huge volume of love for the show and gives viewers a single destination for enjoying all the Sounds of Love Island.”

Simon Daglish, deputy MD, commercial for ITV, added: “We’re thrilled to couple-up with Spotify as the only official destination for the music we’ll be playing on Love Island. We’re sure the millions of viewers tuning-in to series six will be sure to check-out the Sounds of Love Island on Spotify.”

Ministry Of Sound Recordings has yet to confirm plans for further official Love Island compilations. The Sony label has previously partnered with the channel as curation partner, including an official playlist on Apple Music.

TikTok is also getting in on the action to promote the latest series targeted at the show’s core young audience. As part of this partnership with ITV, Love Island launched a channel on TikTok, which will share exclusive content during the upcoming season.

The platform will launch additional content and hashtag challenges related to key moments from the TV show, so the series’ soundtrack could get a further boost via short form user-generated videos.

Richard Waterworth, TikTok GM, UK, said: “We're really excited to be supporting the 2020 series of Love Island which has iconic cultural TV status and see how the TikTok community uses their creativity to interpret the key moments through the various hashtag challenges.”

TikTok will also sponsor this year’s Love Island First Look previews, which build anticipation for the show each evening.