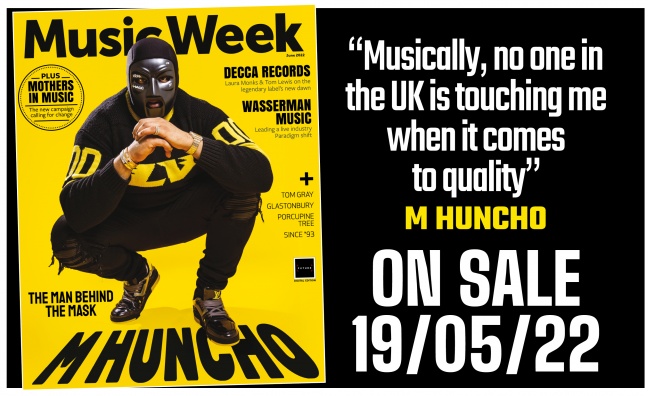 Set to be one of the biggest rap records of 2022, Huncho’s debut full-length follows Top 5 mixtape Huncholini The 1st and sees the North West London artist reveal more of himself than ever before. Music Week’s cover interview reflects the candour of the album itself, as Huncho bares his soul, reflecting on his journey through the industry, family life and aspirations beyond music, while also delivering his verdict on the UK music scene as a whole. Huncho was in Lagos, Nigeria for our interview and is joined by Island Records president Louis Bloom, A&R Adele White, Groundworks’ Niall Bentil and Mixtape Madness’ Kwabz Oduro Ayim.

Alongside M Huncho in this month’s features section, we break the news of the launch of brand new music industry organisation Mothers In Music, which was set up by The Go 2 Agency founder and Music Week Women In Music Roll Of Honour inductee Shauni Caballero. The project will campaign for mothers across the music business and Caballero unveils her plans in full in our interview. Joining her to share their experiences and call for action from the business are WME’s Whitney Boateng and BBC Radio 1Xtra DJ and Parlophone exec Sian Anderson.

Decca co-presidents Tom Lewis and Laura Monks are in this month’s Music Week Interview, sitting down with Music Week to discuss the evolution of the 93-year-old label. The pair reveal the inner workings of Decca, as well as talking TikTok, A&R, Andrea Bocelli, Diana Ross, UK jazz and much more.

Music Week recently shared the news of Paradigm moving under the Wasserman Music umbrella, and now we meet Casey Wasserman to talk us through the acquisition and hold court on what the music industry can learn from the sport world. 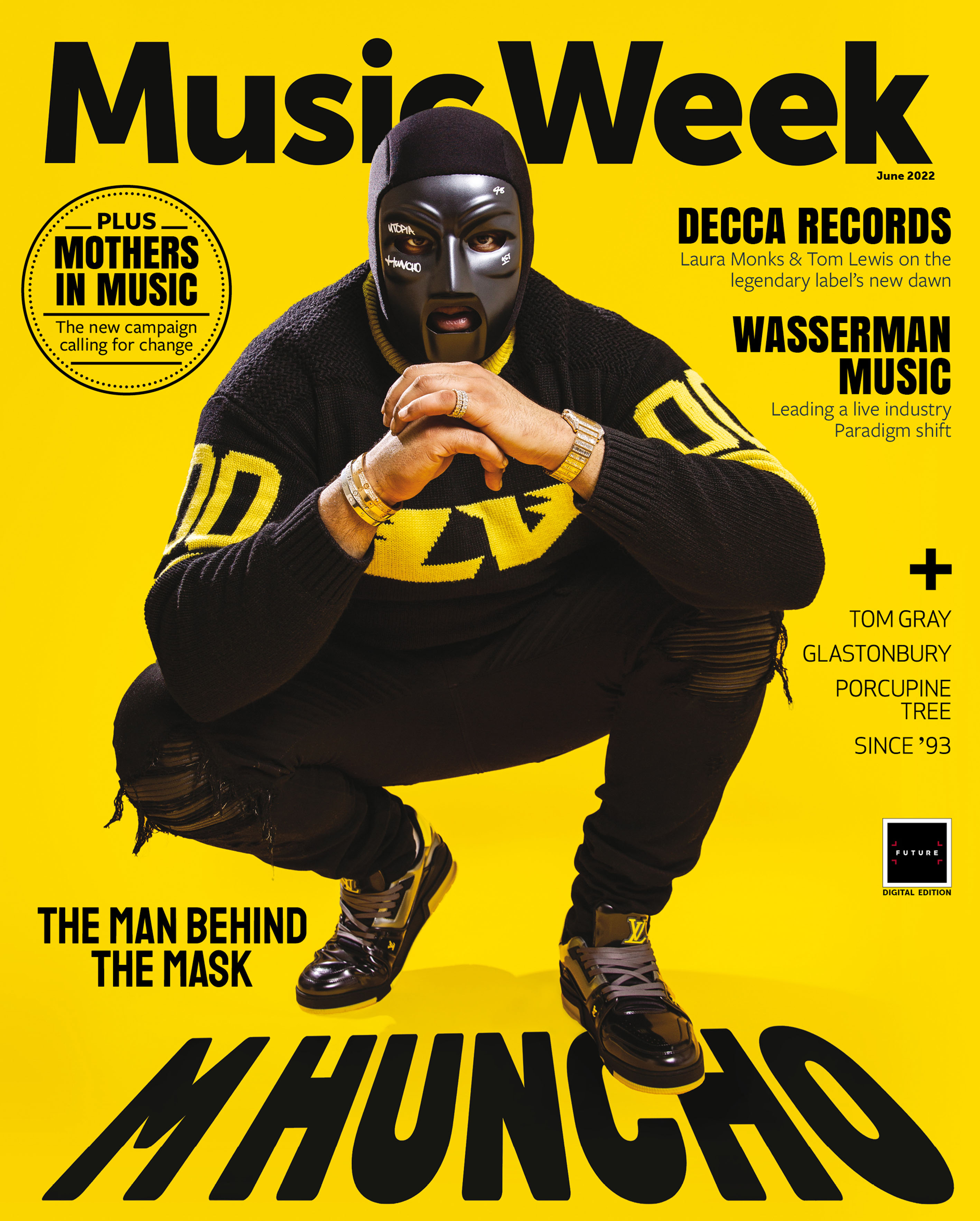 Newly-installed Ivors Academy chair Tom Gray gives Music Week his first major interview in the new role, discussing everything from fairness and reform in the music industry, to the depths of social media, songwriting and much more.

Also in features, Porcupine Tree tell the uncompromising story of Closure/Continuation, their first album in 13 years. Rock’s cult heroes are joined by Music For Nations label head Julie Weir and veteran manager Peter Rudge, who join the dots on what to expect from what promises to be a landmark campaign.

In Hitmakers this month, legendary writer, producer and DJ Stuart Price reflects on making Hung Up with Madonna, telling the story of how a Liverpool club night inspired its iconic ABBA sample. Meanwhile, in The Aftershow, songwriter Karen Poole tells the story of her music business career, from Alisha’s Attic to The Eurythmics, Kylie Minogue and K-Pop. The latest edition of Mentor Me - a collaboration between Music Week and Girls I Rate - stars Beth Marshall, sync and licensing executive at Sony Music Publishing.

Ahead of Glastonbury, BBC pop controller of pop Lorna Clarke looks forward to its "seismic" return in this month's Big Story, joined by a group of executives representing artists primed for a big Worthy Farm moment, including Nubya Garcia, Arlo Parks, Fontaines DC and more. Also in news, the team at Since '93 expand on Cat Burns' viral success, while the latest edition of our Spotlight Q&A features Virgin Music UK MD Vanessa Bosåen.

Ahead of the release of Heart Under, their first album for Partisan, we join Just Mustard on the road in Europe, as singer Katie Ball unpicks the magic of their dark-hued rock.

In Making Waves, we meet Crawlers, Polydor’s rock newcomers who are set to be Liverpool’s next big thing, while Sync Story features Rag‘N’Bone Man’s Giant, which has been reorchestrated for Lloyds Bank’s latest campaign.

Our Rising Star is NQ’s marketing manager Delilah Georgiani, and in this month’s Big Question we ask Anya Du Sauzay at Parlophone what role NFTs can play in album campaigns in 2022.

Start Me Up features Overtune, a social media and music creation start-up led by ex Sony Music UK CEO Nick Gatfield, while our featured podcast this month is Absolute Radio’s Through The Decades.

The new issue of Music Week is available from May 19.