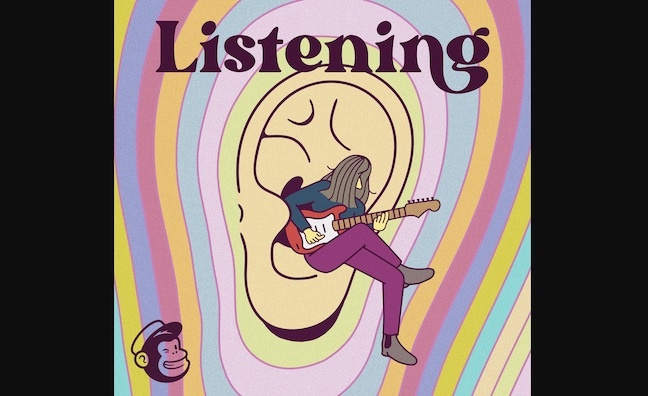 Mailchimp Presents and Talkhouse have launched Listening, a new podcast that explores how acclaimed and inventive musicians hear and process the world around them.

Listening is described as “equal parts podcast and concept album”. For each episode, the artists are invited to create a composition that allows others to “intimately experience a particular time and place in their lives”.

Alongside host and producer Elia Einhorn, the subjects open up their sonic diaries to discuss the creation of their piece, as well as the art of deeper listening at large.

In the first of four episodes out now, Jeff, Spencer and Sammy Tweedy discuss their experience of listening, creating and playing music together. The Grammy-winning Wilco founder and his sons also debut their Listening piece, and reveal how weekly, livestreamed jam sessions became a bright spot during pandemic.

In the second instalment, Katie Crutchfield of Waxahatchee premieres her composition and talks about her decision to get sober, living in the middle of the country, listening to oneself and hearing new things in old material.

Mdou Moctar takes the third episode on a sonic journey across his native Niger, all the way to his remote hometown of Agadez. For the fourth episode, Neko Case offers a recording from her rural farm in Vermont.

Talkhouse and Mailchimp Presents will continue to unveil two new episodes of Listening on a weekly basis for the next three Wednesdays, accompanied by the exclusive release of each individual artist composition as a standalone piece within the series’ feed.

“I think this very well might be the most ambitious music podcast series ever made,” said Ian Wheeler, founder of Talkhouse Creative Studio and executive producer of Listening. “We're so incredibly grateful to the artists and our partners at Mailchimp for working with us to create something so wonderful and meaningful."

“The last couple of years have blurred the lines of how we live, what’s important and how we express ourselves,” added Julie Douglas, senior podcast manager and executive producer of Mailchimp Studios. “And this podcast is a reflection of that, with amazing artists-musicians creating a kind of call and response to the world in the form of original compositions with companion commentary, and our friends and collaborators at Talkhouse acting as thoughtful translators and bringing these stories to life.”

As well as the flagship Talkhouse podcast featuring musicians, actors and filmmakers, the company is behind productions including That's How I Remember It With Craig Finn, Feist's Pleasure Studies, 365 days with Mxmtoon, and more.