Melvin Benn and Vanessa Reed: What the biz can do to combat gender inequality 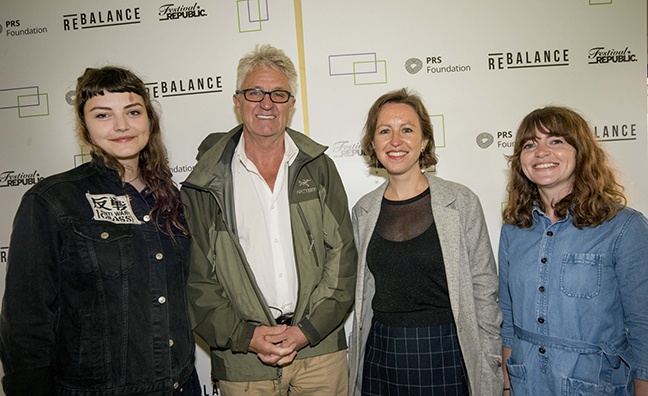 In the new issue of Music Week, we speak to Melvin Benn (Festival Republic, MD) and Vanessa Reed (PRS Foundation, CEO) about ReBalance, an innovative Leeds-based, three-year programme which will tackle the issue of gender inequality. Part of this will involve providing one week’s studio recording time at Old Chapel Music Studio (plus accommodation and travel) to a core female band, female musician or female solo artist each month in 2018, 2019 and 2020. Another part of the initiative’s agenda will also encourage female applicants to apply for two available studio engineering apprenticeships.

In the feature, Benn and Reed talk about their hopes for the three-year project, with both believing the ripple effect could be huge, yet both highlighted how that can be aided by wider support from the industry. Benn noted the potential for labels to get involved with the acts that come through the ReBalance studio initiative.

“My real hope is that they get an opportunity or some sort of recording contract, some sort of label activity and that’s the bit I don’t know anything about,” said Benn. “I haven’t spoken to the majors about it, but that doesn’t mean that opportunity isn’t there, it’s just time that’s meant I haven’t. I would hope that the majors would come on board, actually. I’ve sort of spoken to a couple that I know better – Moshi Moshi was one of the first ones and they were like, This is great! The only thing that I want is that, after a week’s studio time, a band will have a number of songs that they’ve recorded well. What I’ve got is a commitment from Moshi Moshi and Transgressive that they will give a very good listen to everything that comes out of this project and if they can find a fit that works, they’ll take them on."

I would hope that the majors would come on board

Reed also highlighted the pressing need for greater representation and recognition of female achievements in the industry that should take place alongside the initiative.

“There are a lot of incredibly talented women out there already and I think we need, as an industry and also across the media, to be finding much more effective ways of promoting the role models who already exist,” said Reed. “I think that’s something that the major labels can get behind and I think that applies not only when it comes to the artist but also within the workforce. We all know from the survey that women make up 30% of senior roles in the industry workforce. Well, I think the men who are in charge of the major companies need to be finding ways to highlight the successes of the women who are closest to the top of their organisations and encouraging other women to follow suit, ensuring that they have the right kind of mentoring schemes and progression routes that are in place for all the women who are already there.

One of the challenges is actually keeping women in the industry

"One of the challenges is actually keeping women in the industry" continued Reed. "We all know there’s a challenge when it comes to who’s responsible when it comes to childcare. I think one side of it is promoting role models and I think that broadcasters and the media have also got a role to play there.”